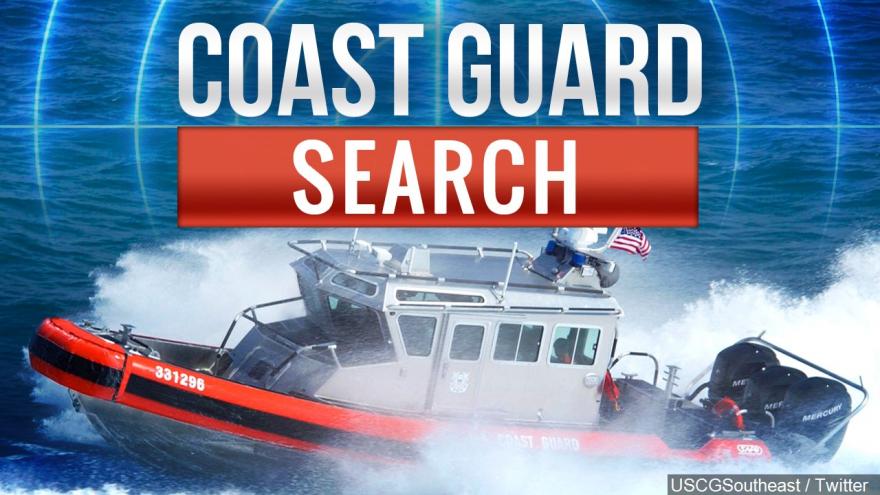 (CNN) -- The Coast Guard in Alaska suspended its search Wednesday evening for five missing crew members who were on a crab fishing vessel that sank off Sutwik Island.

The Scandies Rose sank at about 10 p.m. Tuesday. The 130-foot crab fishing vessel was from Dutch Harbor, the Coast Guard said.

The search spanned over 20 hours and 1,400 square miles. Two survivors were rescued and taken to a hospital in Kodiak, the Coast Guard said. They are reported to be in stable condition.

"The decision to suspend an active search and rescue case is never easy," said Rear Adm. Matthew Bell, 17th District Commander. "Our deepest condolences to the friends and families impacted by this tragedy."

Crews in an MH-60 helicopter and an HC-130 airplane assisted in the rescue of the two crew members who were in a life raft.

A Coast Guard cutter also assisted in the search.

The crew of the crab fishing vessel Time Bandit, which has appeared on the show "Deadliest Catch," tweeted that it was thinking about the Scandies Rose.

"We were deeply saddened to learn of the loss of the Scandies Rose, and ask for prayers for their Captain and crew," they wrote.