Coke launches new flavor to keep customers from leaving it behind 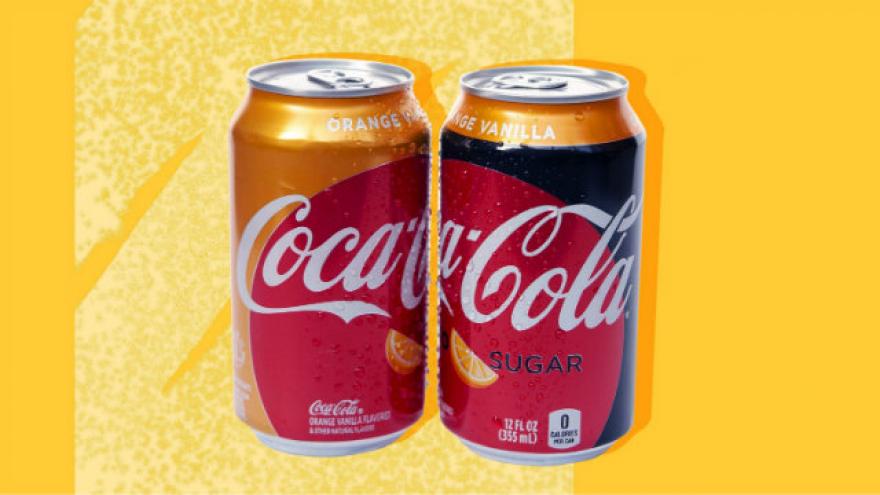 (CNN) -- For the first time in years, Coca-Cola is introducing a new Coke flavor: Orange Vanilla.

The new drink will hit shelves later this month. It's a way to encourage customers who are seeking more variety to stick with Coke rather than pick up a different soda, said Kate Carpenter, brand director for Coca-Cola Trademark, which includes Coke, Coke Zero and flavored Cokes.

The beverage company is introducing new graphics on the Cherry and Vanilla packages for a "bit of a facelift," she said.

Once Coke decided to pursue a new flavor, Carpenter's team scanned Coke's international market for ideas. They considered a few options, including raspberry, lemon, and ginger, which performs well for the company in Asia.

Orange Vanilla Coke, which was available for a limited time in Canada last summer, caught their attention. They tested the flavor in the US market, where it was well received.

Consumers said the flavor was "unique and different in the flavored cola category," which is dominated by cherry, Carpenter said. Importantly, they also said they'd buy it in addition to a regular Coke, rather than replacing it. And the flavor, though "unexpected," was still "familiar," she said.

Coca-Cola has experimented with a lot of flavors for Diet Coke, the zero-calorie offshoot of its core drink. This is the first new flavor for Coke since 2007. At the time, the company re-released Vanilla Coke — which originally launched in 2002 and was phased out — among other flavors.

Coca-Cola's new flavors haven't always been a hit. People famously revolted when the company changed the Coca-Cola recipe in 1985 and introduced New Coke. The company quickly returned to its original recipe.

The beverage company also experimented with Black Cherry Vanilla Coke and a coffee-flavor called Coca-Cola Blak, among others.

The Coke flavors that work best are the ones that complement or enhance the original recipe, said Laurent Grandet, a consumer analyst with Guggenheim Securities.

New flavors, he added, are a way of drumming up attention for the brand.

"It's all about raising awareness," he said.

A line extension gives a product more space on retail shelves. And flavors usually aren't discounted, so Coca-Cola can increase its margins by selling flavored versions of the product, he said.