Coldplay to put touring on hold for environmental reasons 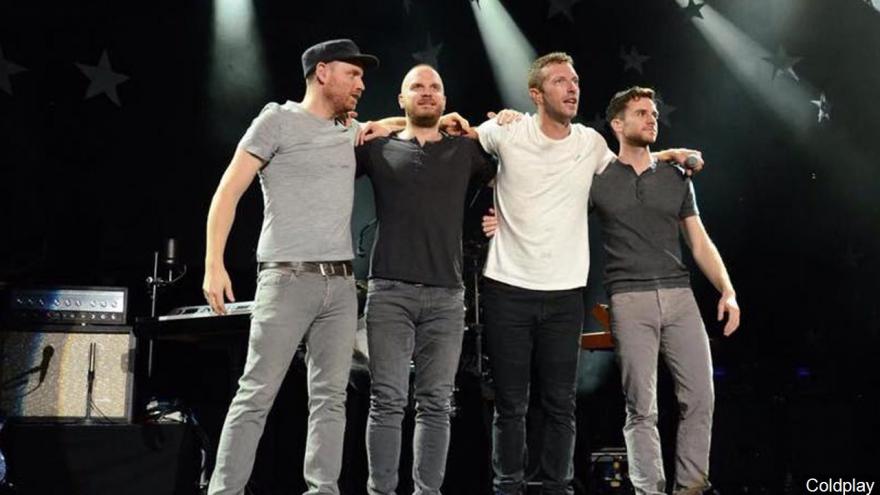 (CNN) -- Coldplay frontman Chris Martin has announced that the band will put plans to tour on hold while the group considers how to make its concerts environmentally friendly.

Ahead of the launch of its new album, "Everyday Life," Martin said the group wants to take time over the next year or two to consider how future tours can be "sustainable" and also "actively beneficial."

"How can we harness the resources that our tour creates and make it have a positive impact?" Martin told the BBC.

Speaking from the Jordanian capital Amman, Martin said: "All of us, in every industry, have to just work out what the best way of doing our job is."

He admitted that "the hardest thing is the flying side of things."

The dream, he said, was to have a show with no single-use plastic and for it to be largely solar-powered.

Martin said it was a question of "just accepting that you have to do your best" and not be overly critical of others.

He also expressed optimism that others will "catch up... if you prove that it's easy to do it the right way."

The British band will give two performances in Amman Friday to mark the release of its new double album "Everyday Life."

Next week, the band will perform at the Natural History Museum in London.

According to the group's official website, all proceeds from the concert will go towards ClientEarth, a charitable organization which uses the law to protect the environment.