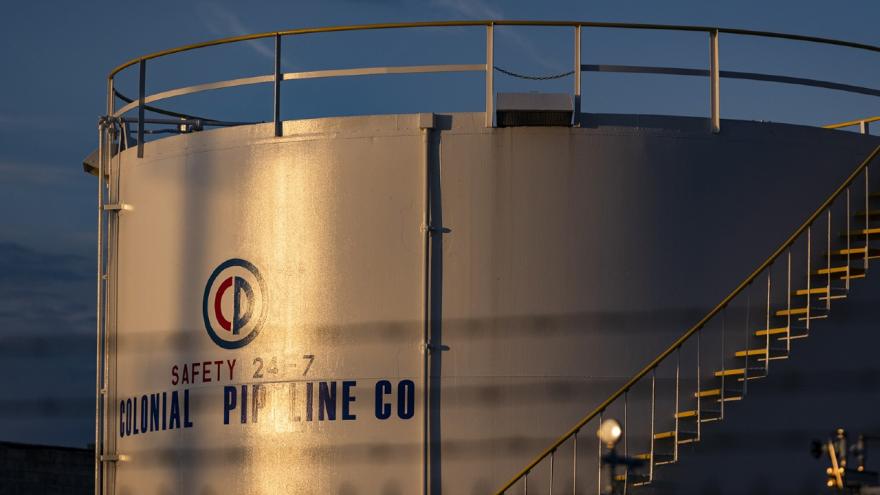 (CNN) -- The Colonial Pipeline launched the restart of its operations Wednesday evening following a six-day shutdown caused by a ransomware attack, but the pipeline's operators warned it will take several days for service to return to normal.

"Some markets served by Colonial Pipeline may experience, or continue to experience, intermittent service interruptions during the start-up period," the pipeline company said in a statement.

The Colonial Pipeline will move as much gasoline, diesel and jet fuel "as is safely possible and will continue to do so until markets return to normal," the company said.

The restart can't come soon enough. The shutdown sparked panic-buying and hoarding that has overwhelmed gas stations in the Southeast. A significant percentage of gas stations in Virginia, Georgia, North Carolina and South Carolina are without fuel, according to GasBuddy, which tracks fuel demand, prices and outages.

The Colonial Pipeline took itself offline Friday after suffering a ransomware attack. The 5,500-mile pipeline is responsible for carrying fuel from refineries along the Gulf Coast to New Jersey. It provides nearly half the gasoline and diesel consumed by the East Coast, making it perhaps America's most important pipeline.

Oil industry executives warned Wednesday that gas hoarding by Americans during the shutdown of the Colonial Pipeline is worsening the supply crunch.

"This situation is now being exacerbated by panic buying and hoarding," Frank Macchiarola, an executive at the American Petroleum Institute, said during a press briefing.

Executives also called on the White House to grant waivers that would allow foreign ships to send fuel to the East Coast to meet skyrocketing demand following the shutdown of the Colonial Pipeline.

The restart should begin to help ease the shortages.

"It means the worst is over in terms of the hysteria that I've called GuzzleGate," Tom Kloza, global head of energy analysis at the Oil Price Information Service, told CNN Business in an email.

Kloza said the first priority is to restart Line 1, which pumps gasoline from Texas and Louisiana to Greensboro, North Carolina.

"The crest of the outages comes perhaps tomorrow or Friday," said Kloza, adding Friday is always the busiest day of the week for gasoline sales.