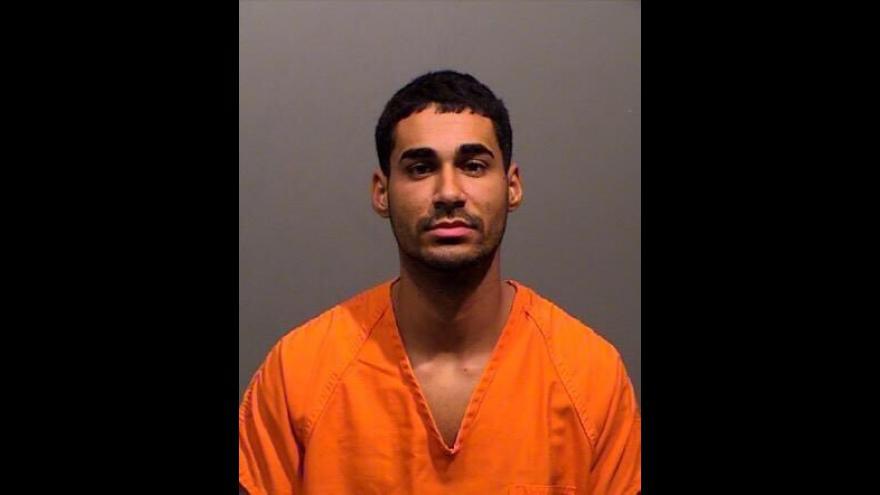 A Colorado district attorney is asking a judge to reduce the sentence for Rogel Aguilera-Mederos, a trucker convicted in an interstate wreck that killed four people, from 110 years to 20-30 years.

(CNN) -- Colorado Gov. Jared Polis is commuting the sentence of a truck driver who was sentenced to 110 years in prison for an interstate wreck that killed four people, he announced Thursday, calling the sentence "highly atypical and unjust."

Rogel Aguilera-Mederos will now serve a 10-year sentence and will be eligible for parole on December 30, 2026, according to a clemency letter Polis wrote to him.

Aguilera-Mederos was convicted in October on four counts of vehicular homicide and 23 other charges related to the fiery crash, according to Colorado's First Judicial District Attorney's Office.

He was driving a semi tractor-trailer in April 2019, traveling at 85 mph, when the brakes failed, he told investigators at the time. He tried to pull over to the shoulder to avoid stopped traffic, but another semi had already stopped there, according to an arrest affidavit.

"The length of your 110-year sentence is simply not commensurate with your actions, nor with penalties handed down to others for similar crimes," Polis wrote in the clemency letter.

The lengthy sentence had drawn national scrutiny, with celebrities like Kim Kardashian West calling for a lesser penalty. More than 5 million people signed a petition asking the governor to reduce Aguilera-Mederos' sentence.

In his letter, Polis wrote the "arbitrary and unjust" sentence was "the result of a law of Colorado passed by the legislature and signed by a prior Governor and is not the fault of the judge who handed down the mandatory sentence required by the law in this case."

During Aguilera-Mederos' sentencing hearing earlier this month, Colorado District Court Judge A. Bruce Jones said he was bound to the mandatory-minimum sentencing laws in the state, according to CNN affiliate KMGH.

"This case will hopefully spur an important conversation about sentencing laws, but any subsequent changes to the law would not retroactively impact your sentence, which is why I am granting you this limited commutation," Polis wrote.

James Colgan, one of the attorneys for Aguilera-Mederos, told CNN he was surprised the governor made the decision before a hearing to reconsider the sentence that was scheduled for next month. Colgan said it was welcome news, and he fully expects Aguilera-Mederos will accept the clemency offer.

"Obviously, I think that that was the maximum sentence that Mr. Mederos should have received -- 10 years. And Mr. Mederos is of course extraordinarily grateful for the governor's decision," Colgan said. "I think that is a far more just reflection of what happened than the 110 years that he received."

Prior to the commutation, First Judicial District Attorney Alexis King asked the court to consider a sentence in the range of 20-30 years "based on the facts of this case and input from the victims and their families."

In a statement Thursday, King said, "We are disappointed in the Governor's decision to act prematurely."

"We are meeting with the victims and their loved ones this evening to support them in navigating this unprecedented action and to ensure they are treated with fairness, dignity, and respect during this difficult time," she added.

In a news release Thursday, Polis also disclosed he recently learned that a relative of Aguilera-Mederos's attorney works in the governor's office.

"This individual had absolutely no involvement in the commutation process and works in an unrelated capacity to this matter, and was not aware of the Governor's decision in advance," the release said.