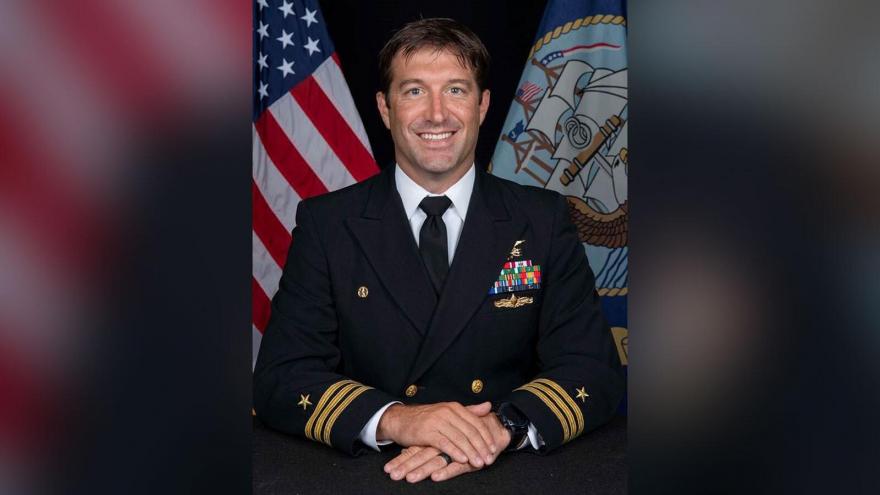 The commander of the US Navy's SEAL Team 8 Brian Bourgeois died from injuries sustained in a training accident in Virginia Beach over the weekend, the Navy said.

(CNN) -- The commander of the US Navy's SEAL Team 8 died Tuesday from injuries sustained in a training accident in Virginia Beach over the weekend, the Navy said.

The incident is under investigation, but according to initial indications, the accident occurred during a fast-rope training exercise Saturday, according to the Navy. The training involves troops practicing descending quickly on a rope from, for example, a helicopter.

"Our thoughts and prayers are with the Bourgeois family -- and we will ensure our community remains in support of and in relationship with Brian's family and his children, for life," Rear Adm. H.W. Howard III, the commander of the Naval Special Warfare Command, said in a statement.

"Brian was one of our very best leaders, who possessed all the attributes that make our force effective. We will miss his charismatic leadership and faithful stewardship of our standard.? His legacy carries on in teammates he served with, led, and mentored."

The findings of the investigation into the accident will be made available "at the appropriate time," the Navy said.

Bourgeois received his commission from the US Naval Academy in May 2001.

Over his more than 20-year long career in the military, Bourgeois was awarded the Bronze Star, among other decorations and awards.

"Brian was as tough as they come, an outstanding leader, and a committed father, husband and friend.?This?is a great loss to everyone who knew him. He will be greatly missed," said Capt. Donald G. Wetherbee, commodore, Naval Special Warfare Group 2.

Bourgeois is survived by his wife and their five children.