Community gets together to write Christmas cards for our troops 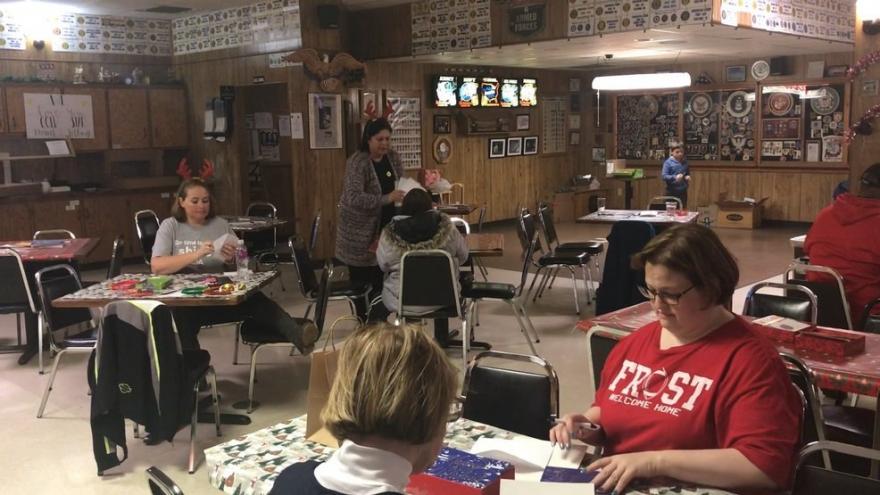 OMAHA, NE (KFSM) -- People from the Omaha community took some time out of their Saturday to bring some holiday cheer to our U.S. service members.

“I just feel for them because they’re without their families,” says event organizer Rebecca Barrintos-Patlan, while tearing up.

Tables at the American Legion Post 331 were filled with cards and candy. Anyone was invited to write as many cards as they wanted to service members who are currently overseas.

Master Sergeant Scott Marasco is a part of the U.S. Army Reserves and joined in on the card- making. He served back in 1990 and still has the Christmas card he received while overseas. It was addressed to “Anyone’s grandson from the state of Nebraska.”

Marasco says, “When I opened up the card and as I was looking at it what was truly amazing was the fact that this is a 77-year-old resident of Omaha that wrote me this card and right then I had a special connection with the card and frankly the person because they took the time to do such a nice gesture for me and not even know that I was going to be the one receiving it.”

He says, “What a lot of us would deem a pretty simple gesture by just signing a card and sending it off you have no idea how rewarding that is actually to a military member when they do receive it because I’m proof positive that if this card was wrote in 1990, I bring it out every holiday season and here we are in 2019 and I still have that card.”

“You never know when a soldier receives a card if he has a family or not and it could get him through the next minute, the next hour or the next day,” adds Barrintos-Patlan.