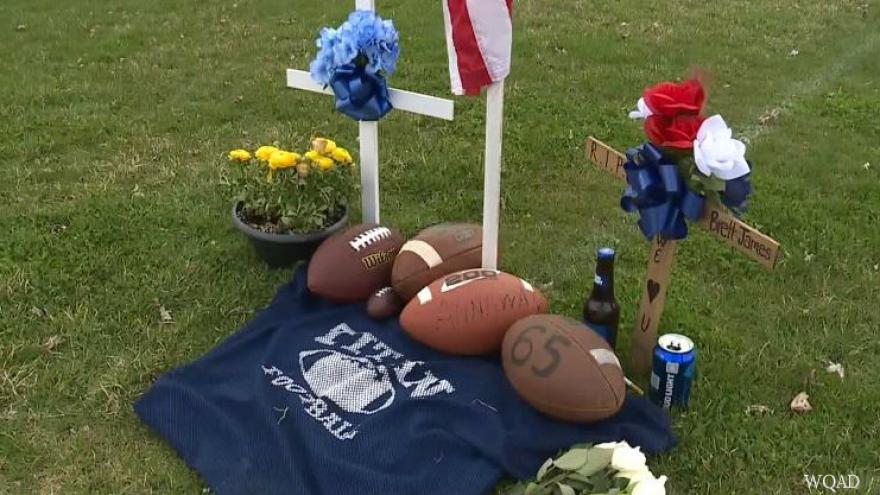 In a press release, Illinois State Police said a small group of people on skate boards were using a truck to pull them up to the top of a hill at the Johnson Sauk Trail State Park in Henry County, Illinois.

Police say Brett Meier was one of the skate boarders and that he was holding onto the truck while being pulled up the hill.

They say he fell from his board and died on the scene. The crash is still under investigation.

Brett Meier had attended Annawan High School and was a football player for the Titans team.

The team tweeted out their condolences and a picture of him wearing his number 65 Jersey.

The tweet reads: "We've been blessed with some incredible moments at A-W. This day, and this pic... Is one of the best. we love you Brett. RIP."

In the middle of the Annawan High School football field an American Flag was put in place along with some flowers and footballs with his Jersey number 65 written on them as a tribute to Meier.

The tribute also had a Titan jersey and a couple of crosses, one of the crosses read: RIP Brett Meier, We Love You.