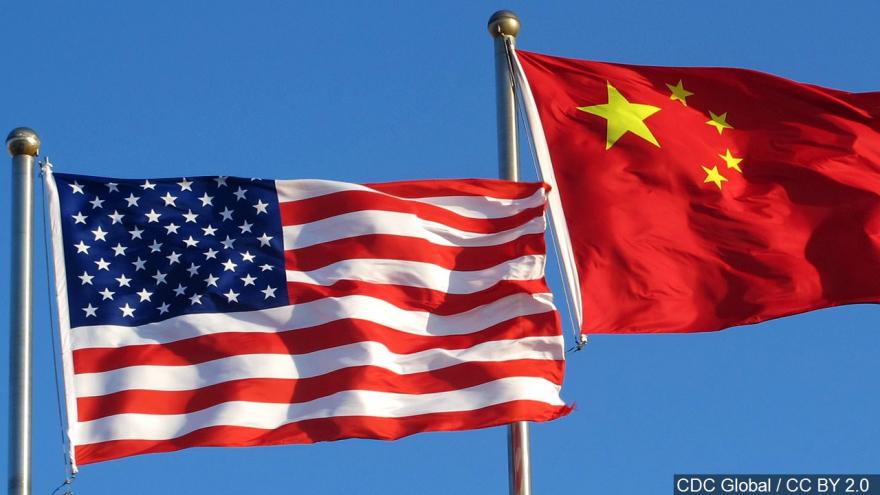 The Trump Administration is blocking shipments from a Chinese company making baby pajamas sold at Costco warehouses, after the foreign manufacturer was accused of forcing ethnic minorities locked in an internment camp to sew clothes against their will.

The government is also blocking rubber gloves sold by industry leader Ansell whose customers include surgeons, mechanics and scientists around the U.S., accusing a Malaysian manufacturer of staffing its factories with migrants from Bangladesh, Nepal and other countries who went into crushing debt from paying exorbitant recruitment fees. Imports of bone charcoal from Brazil that firms like Plymouth Technology and ResinTech Inc. used to remove contaminants in U.S. water systems, diamonds from Zimbabwe and gold from eastern Democratic Republic of Congo were stopped as well.

U.S. Customs and Border Protection on Oct. 1 slapped rare detention orders on goods imported from an unprecedented five countries in one day based on allegations that people producing those items might be children, or adults subjected to forced labor. The orders are used to hold shipping containers at the U.S. ports of entry until the agency can investigate the claims of wrongdoing.

CBP did not release information about the companies that were importing the goods covered by last week's detention orders. But The Associated Press tracked items to several buyers, including Costco and the U.S. subsidiary of Ansell, an Australian protective gloves manufacturer. The companies said they were not aware that their products were being made with forced labor.

Acting CBP Commissioner Mark Morgan said the orders, the most issued in a single day, "shows that if we suspect a product is made using forced labor, we'll take that product off U.S. shelves."

Custom's action last week is sending ripples globally, with exporters now on notice to improve labor conditions. Domestically, some U.S. importers were shaken to learn their products might have been made by people forced to work against their will or under threat of punishment. Human rights experts warn as many as 25 million people globally are victims of forced labor. In recent years, investigations by media organizations and advocacy groups have tracked products suspected of being made by forced labor as they travel from manufacturers, through brokers and dealers, into the hands of American consumers.

"CBP's announcement is significant because of the unprecedented number of actions and for the message that it sends across corporate supply chains," said labor advocates at Humanity United and Freedom Fund in a joint statement. "We know that myriad imported goods U.S. consumers enjoy every day — from clothing to electronics to chocolate, fruits and vegetables, and other food s— are likely tainted by forced labor in their supply chains. Making real progress to change this will require a concerted effort across and outside of government, including through strong enforcement of existing laws like this."

Until recently, the detentions orders used to block the shipments last week would have been almost impossible.

Before 2016, the Tariff Act — which gave Customs and Border Protection the authority to seize shipments where forced labor was suspected and block further imports — had been used only 39 times over its first 85 years, largely because of two words: "consumptive demand" —meaning if there was not sufficient supply to meet domestic demand, imports were allowed regardless of how they were produced.

After an AP investigation found that seafood caught by slaves in Southeast Asia was ending up in restaurants and markets around the U.S. with impunity because of the loophole, Congress and President Barrack Obama changed the law . Since then, under both the Obama and Trump administrations, CBP has used its detention authority 12 times to stop shipments, including those last week.

Under the law, U.S. importers have 90 days to prove no forced labor was used to produce their products. If they can't, they can either ship their products to another country or surrender them to Customs.

This was one of a growing number of internment camps in China's far western Xinjiang region, where by some estimates 1 million Muslims are politically indoctrinated while detained and forced to give up their language and their religion. The Washington-based Worker Rights Consortium published further evidence this year that Hetian Taida was doing business both inside a camp, and at nearby state-subsidized factories where detainees are sent once they are released.

In response, Hetian Taida's U.S. buyer Badger Sportswear, in Statesville, North Carolina, cut off imports and Hetian Taida stopped exporting to the U.S., according to records published by ImportGenius, which tracks shipping activity around the world.

But last month, Costco Wholesale Corp. began importing baby pajamas made by the company. On September 21, 2019 and again on Sept. 26, 2019, Hetian Taida sent shipping containers filled with 100% polyester blanket sleepers for babies and toddlers to the U.S., labeled for Costco, according to shipping records.

In an interview with the AP, Costco officials said "we believe (the baby sleepers) were made in a factory other than the one that was the subject of the CBP detention order. As the facts develop, we're prepared to consider what action we should take relative to the issue of a supplier to our supplier owning factories that may have problems."

As of last weekend, the microfleece, zippered pajamas, sold under the label Absorba, were seen by an AP reporter on some Costco shelves in packs of two, for $14.99.

Scott Nova, executive director of Worker Rights Consortium, said he was shocked that Costco agreed to do business with a firm already associated with China's re-education camps. "The Chinese government has created a human rights nightmare for the Uighur people and Hetian Taida has been an active partner in Beijing's brutality. The company's use of forced labor is well documented and CBP is right to act," said Nova.

Reached by phone on Monday, Hetian Taida Chairman Wu Hongbo told the AP that the company will cooperate with U.S. Customs and provide the agency with any documents it needs. Wu declined to answer further questions and said he has chosen to reject all media interview requests.

Meanwhile in Malaysia, which supplies half of the world's medical exam and surgical gloves, government and industry officials were shaken that one of their own — WRP Asia Pacific — had its products detained by Customs for allegations of forced labor.

The news sent Malaysian ministry officials immediately to the U.S. Embassy for information on how much of the rubber glove industry would be affected by the U.S. government actions. It later sparked an anxious rubber glove manufacturer's town hall.

"The industry has since last year worked on social compliance initiatives in order to continuously improve the welfare of the employees in the rubber glove industry," the Malaysian Rubber Export Promotion Council said in a statement.

Workers at WRP and many other rubber glove factories have been forced to pay staggering fees as high as $5,000 in their home countries, including Bangladesh and Nepal, for jobs that don't meet their promise, said activist Andy Hall, who has advocated on behalf of Southeast Asian migrant laborers. Some of the rubber glove makers don't pay workers for months, house them in unkempt and overcrowded conditions, hold their passports so they can't leave and don't allow them to quit, he said.

Hall said CBP's detention orders "fired a starting gun to warn both Malaysian and Thai governments that rubber manufactured products like gloves, condoms, medical equipment as well as an array of other labor intensive products from the region that are currently manufactured using systemic migrant forced labor cannot be exported to the US."

WRP importers include some of the leading medical suppliers in the U.S. like global giant Ansell, as well as smaller firms like Bay Medical Company Inc. in Brisbane, California.

In a statement, Ansell said it was ending its business with WRP: "Ansell takes the labor practices of these third-party suppliers seriously, and any allegations of forced labor among the company's suppliers are of the highest concern. "

Bay Medical's owner David Dorris was visiting WRP last week in Malaysia when he heard, first-hand, that his shipping container had been detained.

"We were completely blindsided," he said. "It's deeply disturbing for me personally and for our company."

Dorris said he hopes the accusations are not true.

Bonechar Carvão owner Francisco Meira said their workers are not abused, and that U.S. Customs blocked the shipment based on false allegations that have been investigated and dismissed by Brazilian authorities. Prosecutors concluded Bonechar was "framed in a criminal scam," according to documents filed with the Office of the US Trade Representative in April 2019.

A handful of U.S. companies imported bone charcoal from the Brazilian company last year, mostly for use in water filtration, pigments and sugar refining, according to shipping records from ImportGenius. These included Plymouth Technology in Rochester Hills, Michigan, Ebonex Corporation near Detroit, ResinTech Inc. in West Berlin, New Jersey and American Charcoal Co. in Jackson, Wyoming.

AP reached out to all the firms for comment. Ebonex Corporation, the only company that responded to AP's queries, said they were aware of the trade dispute, and that they didn't believe Bonechar abused workers and wouldn't import from them if they do. The other companies could not be reached for comment.

The CBP action also covers any gold mined at small artisanal mines in eastern Congo and all rough diamonds from the Marange diamond fields in Zimbabwe, areas with a history of conflict and abuse and already subject to other U.S. sanctions. Those imports are harder to track, because they aren't specific companies.

Zimbabwe's government, which insists it has cleaned up its diamond industry, called the U.S. decision "a blatant and shameless lie."

Further north, in the Congo, as much as $600 million of gold smuggled out annually, often by armed groups responsible for ongoing deadly attacks, according to the United Nations. The Congolese Embassy in Washington D.C. did not respond to calls from the AP.

"Customs action sends a strong signal to U.S. tech, financial, and other companies: either do their homework on gold from Congo and countries it is smuggled or refined in, or risk having their shipments stopped at the border," said Sasha Lezhnev at the Washington-based Enough Project, which supports peace in Africa's conflict zones.