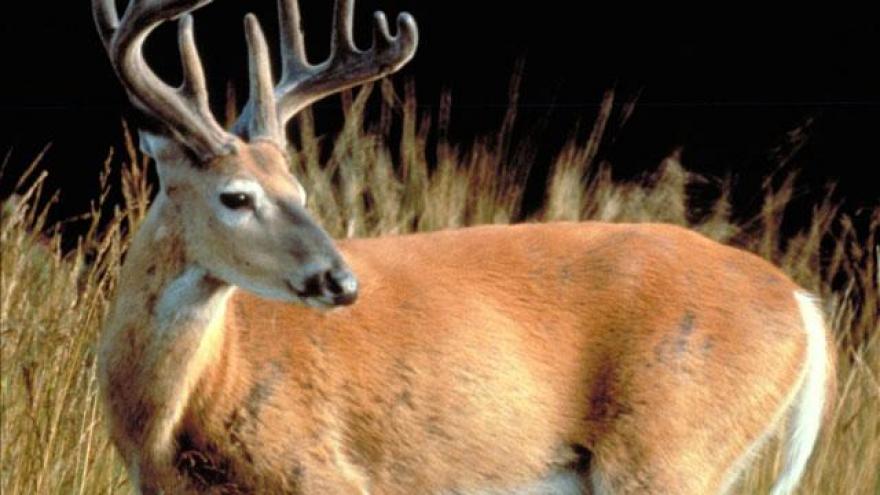 INDIANAPOLIS (AP) — Hunters and state officials are concerned about the threat of chronic wasting disease among Indiana's wild deer as the fatal disease creeps closer to the state's borders.

The Indianapolis Star reported that deer infected with chronic wasting disease have been found in Michigan and Illinois, within 30 miles (50 kilometers) of the Indiana border.

"Hunters and Hoosiers are and should be scared of the disease reaching Indiana," Bacon said. "Someone once told me this is Pandora's box opened up, and I believe it."

Hunters in some border areas have been asked to have their harvested deer tested for the disease that attacks their neurological system, leading to emaciation and death. There is no known way to prevent or cure the disease.

The disease was first found in Colorado in the 1970s. It was believed that the disease would take more than 100 years to work its way east with the Mississippi River serving as a natural border, but since landing in Wisconsin in 2002, it has plagued more than 25 states and seems to grow almost monthly, according to Kip Adams_the conservation director for the Quality Deer Management Association.

"We view the disease as being one of the most pressing threats to hunting and deer management in the U.S. We fully believe it is that big of an issue," said Adams.

Indiana Department of Natural Resources veterinarian Nancy Boedeker predicts CWD could arrive next year. She says testing would become mandatory if the disease is detected in Indiana. John Goss, former director at both the state's DNR and Wildlife Federation, added that it could reach Indiana as soon as the upcoming hunting season.