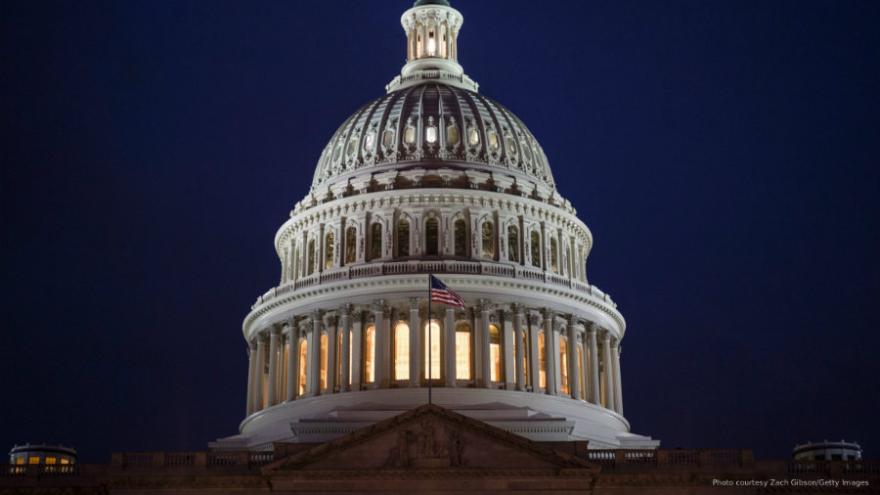 (CNN) -- Congress approved a two-week extension on Thursday for a key government funding deadline, setting up a showdown over spending just days before Christmas that could trigger a partial government shutdown later this month.

The stopgap spending measure, which now heads to the White House for President Donald Trump's signature, pushes the deadline when funding will expire for several government agencies from December 7 to December 21. If Trump signs the measure, lawmakers will have averted a partial shutdown this week, but the threat of a potential shutdown still looms on the horizon.

Lawmakers came together to pass the funding extension after the death of George H.W. Bush. On Capitol Hill, much of the week has been dedicated to paying tribute to the former President who was lying in state in the US Capitol rotunda for several days.

Congressional leaders in both parties have indicated they do not want a partial shutdown, but Democrats and Republicans remain at an impasse over Trump's demand for $5 billion for his long-promised border wall and the issue continues to be the key sticking point in negotiations.

"It's getting late. It's not five minutes to midnight yet but it's getting towards the end of the month," Republican Sen. Richard Shelby, the chairman of the Senate Appropriations Committee said Wednesday.

Asked how two additional weeks would help lawmakers reach an agreement over wall funding, Shelby replied, "I think you could do it in 15 minutes if you could reach some sort of resolution to it. Will they, is a good question. ... I don't know if they will."

A key question now is whether the President and congressional Democratic leaders can strike a deal.

Senate Republicans have floated the possibility of attempting to allocate $5 billion over the next two years. But any spending bill would need at least some Democratic votes to pass.

Senate Democratic Leader Chuck Schumer has so far said that the President should either agree to enact an existing Department of Homeland Security funding bill that has bipartisan support in the Senate and would allocate $1.6 billion for border security or keep DHS funded for another year via a short-term spending measure known as a continuing resolution.

The President has kept up the pressure over the course of the week by reiterating his call for funding for the wall. "We would save Billions of Dollars if the Democrats would give us the votes to build the Wall. Either way, people will NOT be allowed into our Country illegally!" the President tweeted on Monday.

Lawmakers passed a government spending package to fund much of the government prior to the 2018 midterm elections -- so if there is any kind of a shutdown, it would not affect all of the federal government.

But that doesn't mean a partial shutdown would not be disruptive. The current funding deadline is in effect for government entities including the Department of Homeland Security, the State Department and the Interior Department.