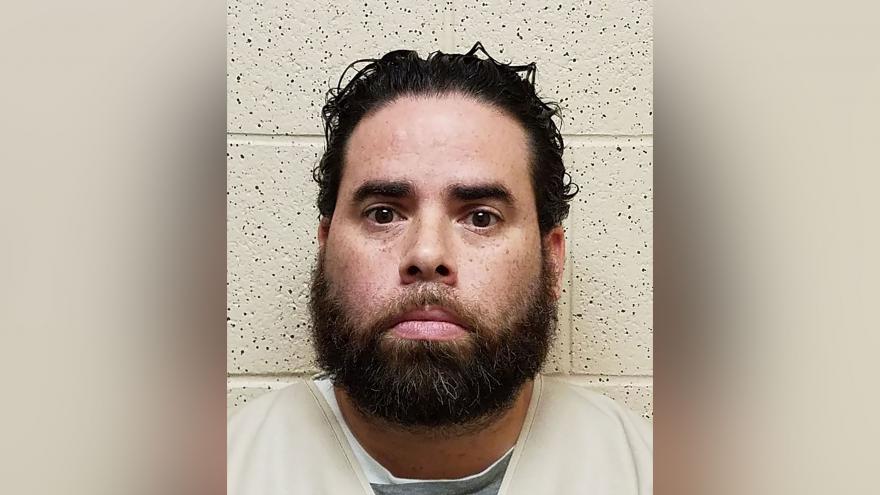 Morales, 43, who had been a suspect in the homicide case since mid-December, was arrested at approximately 11:30 a.m. Friday. In addition to the murder charge, Morales was charged with tampering with evidence, Lt. Patrick Lynch of Ansonia Police Department said during a news conference.

The FBI, state and local police are continuing the investigation and their search for the baby, Vanessa Morales.

"I hope that this arrest helps brings some closure to the Holloway family," Ansonia Police Chief Andrew Cota said. "I will also add that we will continue our search for baby Vanessa in hopes of returning her home safely."

"It's about time," Holloway's uncle, Michael Rodonski, 62, told CNN. "I felt he was responsible for it."

Holloway's grandmother Muriel Rodonski said Morales and Holloway were living in separate homes but were still a romantic couple at the time of the murder in Holloway's house. "It's very tragic," she said of her granddaughter's death.

Holloway, 43, was found dead at her residence by police on the evening of December 2, after concerned relatives requested a welfare check when she failed to show up to work. Holloway's death was ruled as a homicide with blunt force injuries to the head and torso, the Connecticut Office of the Chief Medical Examiner told CNN.

When Holloway's body was discovered her home was empty and her daughter Vanessa was not in the home, the warrant states. Police issued a silver alert that night and an amber alert for Vanessa two days later.

The 1-year-old was last seen at a relative's house on November 29. Lynch said the last known person who was seen with her was her father.

When police questioned Morales after Holloway was found dead, they noticed his knuckles and hands had abrasions, and both his arms had scratches, and a swollen face according to the arrest warrant. Detectives seized stained washcloths, hand towels, toilet paper and a T-shirt from Morales's home. The search also revealed two stun guns in his bedroom, according to the arrest warrant. Morales, a convicted felon, is prohibited from possessing such weapons. He was therefore charged and has been incarcerated at the Cheshire Correctional Institution since December 3.

The warrant said the investigation revealed that on the morning of December 1, a vehicle that appears to be Morales' left the area of Holloway's home and headed to the area of Kiducation clothing bins in Derby. A facility director at Kiducation had contacted the police regarding items they received in their donation bins that had suspected blood on them, according to the warrant. Police retrieved the items in question, which included baby clothing that had a "blood-like substance," on them, baby toys, paperwork in Holloway's name and a trash bag containing rags with a blood-like substance.

DNA on the items in the bin are consistent with Holloway, Morales and a unknown third person, according to the warrant. Samples of hair found in Holloway's hands during the autopsy matched the DNA of Holloway and Morales.

The case will be transferred to Milford and the next court date is February 18, Lynch said. Attorneys Norman Pattis and Kevin Smith are representing Morales.

The legal team recently represented Fotis Dulos, now deceased but charged with murdering his estranged ex-wife, Jennifer Dulos, the Connecticut mother who has been missing since May 2019.

Both lawyers declined to speak about the case stating it's too early in the process to comment.

"We're brand new in it and have only had a chance to read the warrant," Pattis told CNN, adding that he met Morales for the first time Friday before the arraignment.

Muriel Rodonski said their priority at this point is to find Vanessa and bring her home. "We believe she's alive," she said.