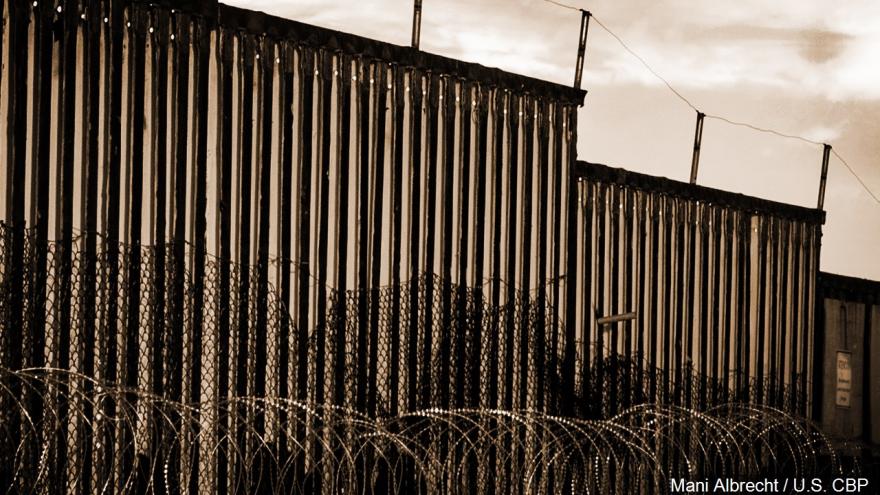 (CNN) -- Customs and Border Protection on Tuesday awarded a contract to build three new miles of wall on federal land in the Rio Grande Valley of Texas, allowing the agency to begin construction where no barriers have existed before.

As of now, no new miles have been built in the Rio Grande Valley, but there are other construction projects underway along the Texas border, according to a CBP official.

The $42.8 million contract was awarded to Kiewit Infrastructure West Co. The project, according to CBP, includes the construction of "18-30 foot tall steel bollards, in addition to road construction, detection technology and lighting installation." Construction is expected to begin in August.

President Donald Trump has repeatedly met resistance from lawmakers and advocates in moving forward on his campaign pledge to build a wall on the southern border. Some of that pushback has come in the form of legal challenges. Last Friday, a federal judge blocked Trump from tapping into Defense Department funds to build parts of his border wall.

CBP's contract, however, is not affected by that ruling because it is spending appropriated funds. Earlier this year, Congress passed a spending package that would provide $1.375 billion for approximately 55 miles of new barriers in the Rio Grande Valley sector. The bill included some restrictions on where the structures can be mounted and what materials can be used.

These three miles are the first of a total of 53 miles of barrier anticipated to be built in Starr County, Texas, which presently has "no existing fencing or barrier of any kind," the official said. But for other construction in the Rio Grande Valley to construct about a total of 110 miles of barrier, CBP believes it will need to deal with "about 400 landowners give or take," the official added.

Much of the land in the Rio Grande Valley is privately owned, meaning that the government will need to acquire it. Generally, the government is allowed to do so if it's for public use, otherwise known as eminent domain. Eminent domain cases can be lengthy, though they generally don't keep the agency from being able to proceed with construction. Landowners are often fighting for what is known as just compensation -- what they deem a fair price for their property.

The Rio Grande Valley is the busiest sector in the country, accounting for a large percentage of apprehensions and narcotic seizures on the southwest border, according to CBP.