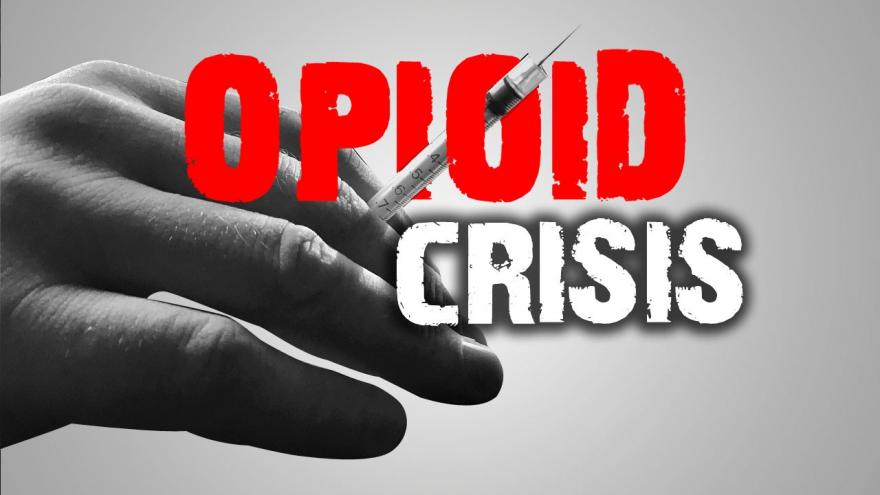 (CNN) -- A controversial tool has emerged in the fight against opioid overdose deaths. It's a strip that allows people who use street drugs such as cocaine and heroin to test whether their drugs are laced with fentanyl.

If the drugs test positive, they might choose not to use them or choose to use less of them.

According to a new report by the US Centers for Disease Control and Prevention, fentanyl is now the deadliest drug in America and was linked to nearly 29% of all overdose deaths in 2016. The synthetic opioid is about 80 to 100 times stronger than morphine and produces a powerful high. It's cheap and sometimes mixed into street drugs without the buyer even knowing. Given its potency, it can be deadly.

Fentanyl test strip technology was originally developed by a Canadian biotech company BTNX to test urine samples for the presence of the drug, but the strips work basically the same way when they're dipped in the residue of cooked heroin or when a little water is added to empty baggies of cocaine.

It works like a pregnancy test in reverse. One line on the strip suggests that the drugs are positive for fentanyl. Two lines is interpreted as a negative result.

In a study, researchers at Johns Hopkins and Brown University determined that the test strips worked to detect even low concentrations of fentanyl in street drugs.

"Our findings bring to the table evidence that can inform a public health approach to the fentanyl crisis. Smart strategies that reduce harm can save lives," Susan Sherman, a co-author on the study, said in a news release.

According to the study, several programs in the United States that distribute clean syringes to people who use drugs have started to distribute fentanyl test strips, as well.

In Los Angeles County, emergency departments, first responders and other heath care workers have been advised to discuss the potential risks and benefits of the strips with patients who use street drugs.

The test strips aren't 100% effective at eliminating the risk of overdose, since they don't identify all forms of fentanyl and can produce false negatives. They also don't let users know how much fentanyl the drugs contain.

Still, the researchers see an opportunity to halt the increase in fentanyl-related overdose deaths.

"We are at a pivotal moment in the overdose epidemic, and we need to embrace the full range of interventions that can save lives," Sherman said.

In a video, the Urban Survivor's Union, an organization that advocates on behalf of drug users, offers instructions on how to use the strips and what to do if the results are positive.

"Let's say you had some drugs you were going to inject. ... If it tests positive, you have options," the video explains. "One, you can shoot half back into another sterile syringe, which may not only be life-saving but also cost-effective. Or two, you may even choose not to do it."

The concept of drug checking has jarred some.

The Trump administration's assistant secretary of Health and Human Services for mental Health and substance use, Dr. Elinore McCance-Katz, has expressed ardent opposition to the use of the fentanyl test strips.

In a blog post, Katz laid out several reasons. Among them is a concern that even if people who use drugs know that their drugs are laced with fentanyl, they will still use the drugs, despite the apparent danger. They might also use the strips to seek out drugs that contain fentanyl to achieve a stronger high.

"We can't afford to create a false sense of security. ... Let's not rationalize putting tools in place to help them continue their lifestyle more 'safely,' " McCance-Katz said.