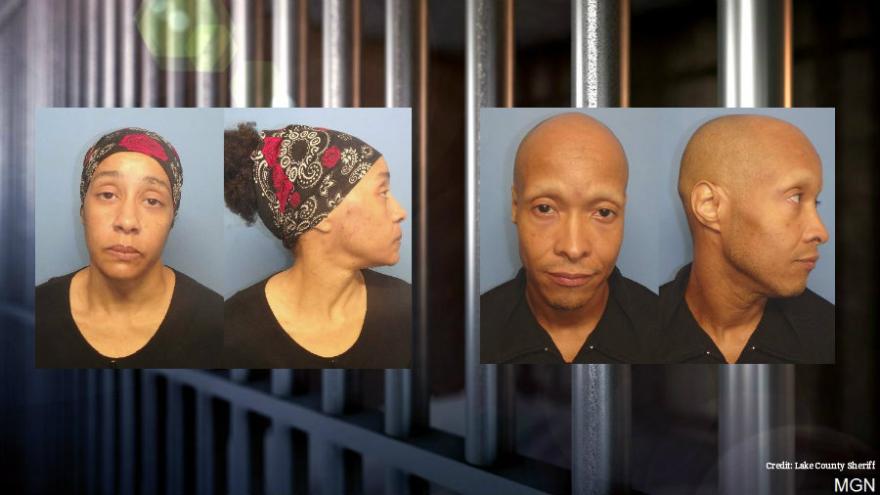 CHICAGO, Ill. (WBBM-TV) -- A girl was being held captive in the basement of her family home in north suburban Waukegan, apparently because her parents believed she was possessed by a demon.

The 10-year-old was forced to use a bucket to bathe and a portable potty training toilet to use the bathroom. She was locked in the basement of the home in the 200 block of Liberty Street at night, police said.

She was found on Tuesday, after authorities say they received an anonymous tip. They were able to get the girl out safely. Authorities believe she was held in these conditions for about a year.

The parents believed their daughter needed to be kept separated from the rest of the family.

She had limited contact with her three siblings, ages 15, 13 and seven. The gender of those children is not being released. The children are now in the care of DCFS.

The parents, Randy Swopes, 48, and Katherine Swopes, 49, are being held on unlawful restraint and child endangerment charges in Lake County Jail, the father on a $750,000 bond and the mother on a $150,000 bond.

According to our patrol division, our criminal investigators and information that was provided to the courts today, Child had been locked in the basement, showering with a bucket. The child was using a porta potty, to go to the bathroom. It was just a very terrible sight.”

Officers found the child in the basement in poor conditions.

Randy Swopes is currently registered on the “Illinois State Police Murderer and Violent Offender Against Youth Registry” participant for a 2008 arrest by the Lake County Illinois Sheriff’s Office.

Swopes was charged with aggravated battery of a child in 2012 after authorities say he used a needle and thread to sew his son’s buttocks shut. Swopes represented himself in court, took a plea, and spent no time in prison.

DCFS is investigating the allegations of abuse and neglect.