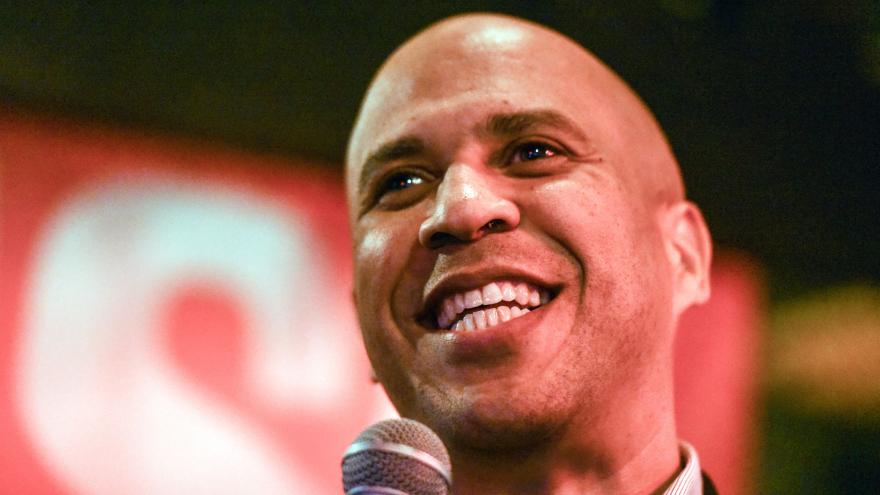 (CNN) -- Since Sen. Cory Booker issued a call this week for maintaining a diverse field of 2020 Democratic presidential candidates, grassroots donors have answered in a big way.

The New Jersey Democrat raised more than $1 million dollars between Tuesday -- when Sen. Kamala Harris of California dropped out of the race -- through Friday, his campaign said. His campaign added that Wednesday was his best online fundraising day of the entire campaign.

That money came not only from Booker loyalists, but from many new supporters. Of 33,000 donors who contributed to the campaign since Tuesday, more than 50%, or roughly 17,000 donors, gave to Booker for the first time. The average contribution was $25, according to the campaign.

The surge of fundraising for Booker suggests an enthusiastic, positive response to his searing criticism of a race to the White House that now has "more billionaires than Black people."

On Thursday, Booker kicked off an Iowa swing with a speech highlighting the issue, warning: "This is not about one candidate. It is about the diverse coalition that is necessary to beat Donald Trump."

Booker's push for a diverse field comes as Democrats appear poised to hold the first debate of the cycle with all white candidates on stage. In November, Booker's campaign announced he reached the donor threshold for the December presidential debate. Despite the new interest in Booker from Democratic donors, it is likely too late for him to qualify for a spot: both Booker and Julián Castro, who has also pressed the need for minority candidates following Harris' departure, have yet to net a single qualifying poll for the December debate.

It would be the first time Booker has not qualified for a debate this cycle.

But he suggested this week that Harris' decision to end her campaign has lit a fire under him to press ahead in his own campaign.

"I'm feeling even more determined," he said in an interview on Wednesday with BuzzFeed News' AM to DM. "Because I know we need to resurrect that Obama coalition."