Cosby lawyers ask for juror to be removed 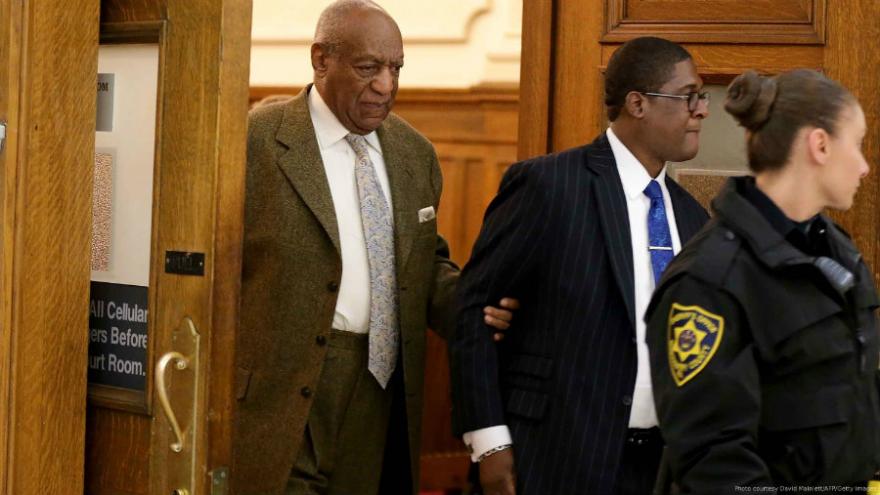 (CNN) -- One of the jurors selected this week for Bill Cosby's sexual assault retrial should be removed for making a comment indicating the TV icon is guilty, according to defense lawyers.

They say it shows the juror may not be fair and impartial.

A motion filed late Friday afternoon says the man, who was elected as Juror 11, said, "I just think he's guilty, so we can all be done and get out of here," during the jury selection process.

Another prospective juror, who was ultimately not selected, says she heard the comment while a small group of jurors were waiting be individually questioned by the judge, the defense says.

After being dismissed, she called two of Cosby's lawyers.

"I reached out to tell them about what I heard because I did not feel it was right, and I wanted to make sure Mr. Cosby has a fair trial," she wrote in a declaration attached to the motion.

Wednesday, before the comment was reported, the man was among the jurors individually questioned.

At that time, he told the judge he had heard about the case, but could still be fair and impartial and would only consider the evidence presented in court.

Lawyers for both the defense and prosecution found him acceptable and he was added to the jury.

The juror who would later call Cosby's lawyers about the comment was struck by the Commonwealth.

Defense lawyers argued the peremptory strike appeared, on face, to have been done for racial reasons, because she is an African-American.

The Commonwealth said it had "race neutral" reasons for the strike.

After a long break, both prosecutors and the defense agreed to move on with jury selection without resolving the racial complaint. The African-American woman was ultimately dismissed.

The entire process resulted in both jurors spending a long time waiting in the courthouse. They first reported at 8:30 a.m. Tuesday, but were not brought into court for any questioning until after 3 p.m.

Both jurors were among a group of a dozen that had to return Wednesday morning.

If juror number 11 is removed, replacing him with an alternate could change the racial makeup of the jury.

Right now, the main jury panel includes two African-Americans. If the juror, who is white, is replaced with the first alternate, who is black, there would then be three African-Americans on the jury.

Prosecutors had not filed a response by late Friday. CNN was reaching out for comment.

Court is set to resume Monday morning at 9 a.m. with opening statements.

This juror issue could delay proceedings.