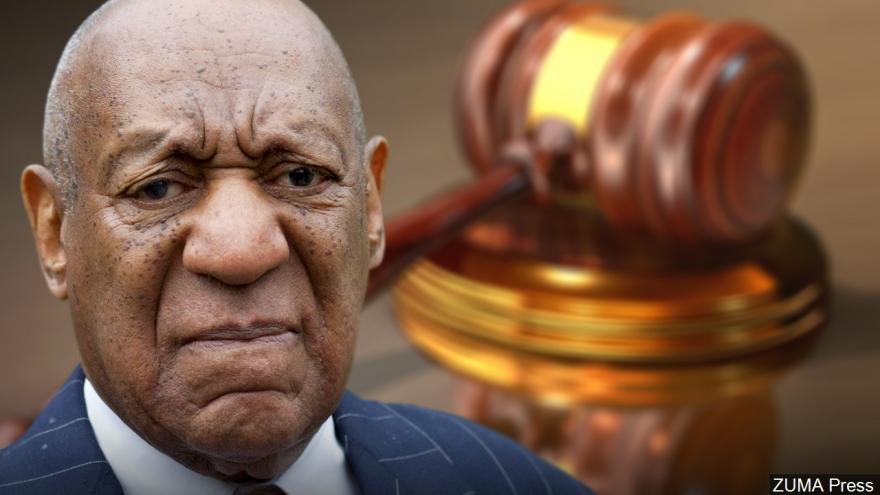 Bill Cosby's sentencing hearing Monday will begin with testimony about his sex offender evaluation and, presumably, a fierce debate over whether the 81-year-old actor should be branded a sexually violent predator.

The stakes are high given the lifetime counseling, community alerts and public shaming the designation would trigger. And it could become evidence in the defamation lawsuits filed against Cosby by accusers who say he branded them liars when he denied molesting them.

"It's the modern-day version of a scarlet letter," said lawyer Demetra Mehta, a former Philadelphia public defender, "which I think is sort of an interesting philosophical issue at this time with the #MeToo movement, but also criminal justice reform."

Pennsylvania's sex-offender board has examined Cosby and recommended he be deemed a predator, concluding that he has a mental defect or personality disorder that makes him prone to criminal behavior. Montgomery County Judge Steven T. O'Neill will have the final say Monday.

O'Neill has presided over the case for nearly three years, from shortly after Cosby's December 2015 arrest to a 2017 trial that ended in a jury deadlock to the jury finding this past April that Cosby drugged and molested a woman at his suburban Philadelphia estate in 2004. He faces anything from probation to 30 years in prison on the three felony counts of aggravated indecent assault.

It's unclear if the judge, in weighing the predator label, will consider the dozens of other Cosby accusers who have gone public or his deposition in the trial victim's 2006 lawsuit, when Cosby acknowledged getting quaaludes to give women before sex; described sex acts as the "penile entrance" to an "orifice" and "digital penetration"; and said he often gave young women alcohol but didn't drink or take drugs himself because he liked to stay in control.

Defense lawyers fighting the predator label note that sexual offender registration laws are in flux in Pennsylvania and elsewhere.

Numerous courts, including the Pennsylvania Supreme Court, have found the laws so vague as to be unconstitutional. Courts have also debated whether the programs unfairly amount to extra punishment, especially for people convicted of misdemeanors. Cosby has added one of the state's top appellate lawyers, Peter Goldberger, to his defense team.

"This is going to probably be a very important case for sex-offender law when it's up on appeal," Mehta said. "It's an area of law that is just sort of unsettled right now. . There's a lot up on appeal, but there's not a lot decided."

Pennsylvania alone now has 2,200 people classified as sexually violent predators, of the more than 20,000 people on its Megan's Law list of sex offenders. The Megan's Law group has their names, pictures and towns listed online, but they're not subject to the same monthly counseling mandates as the "predator" group, and authorities don't actively warn communities of their nearby presence.

The stigma may not be as paralyzing for a man like Cosby — in his 80s, living in a gated house and presumably not looking for work or going to the local gym. However, it's one more stain on his reputation.

Defense motions note that the sex offender board's recommendation followed an evaluation by just a single board member, and that the evidence needs only to meet a "clear and convincing" standard.

That violates Cosby's "right to reputation without confrontation, without trial by jury and without proof beyond a reasonable doubt," defense lawyer Joseph Green Jr. argued in a July court filing.

Legal experts believe a "predator" classification would be a legal finding that Cosby accusers could use in their defamation suits, including one involving seven women plaintiffs that's pending in Massachusetts.

"That may (also) be about legacy protection, about what the obituary says, what the Wikipedia page says," said Daniel Filler, dean of Drexel University's Kline College of Law. "You can bet, especially in crowd-sourced things, everything's going to begin with 'he's a sexually violent predator.' It's like a slogan. He has a tag now."