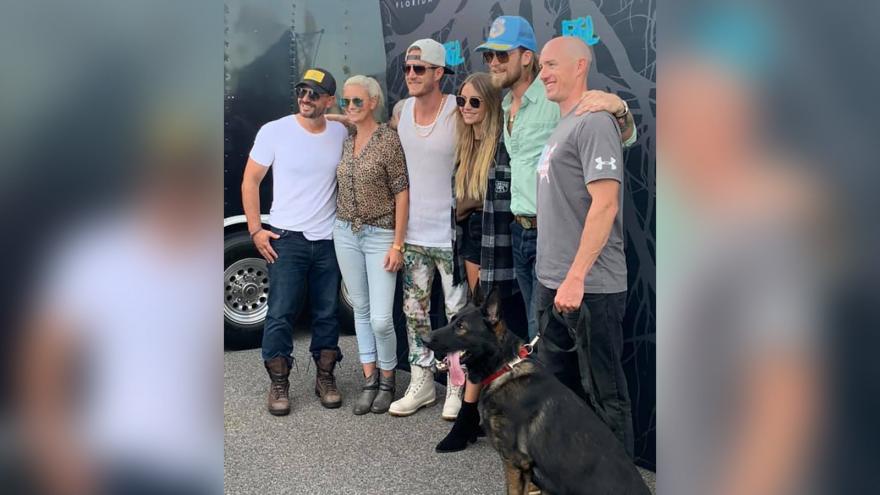 (CNN) -- Grammy Award nominees Florida Georgia Line honored police before they took the stage in Indianapolis and presented them with a special gift -- a new police dog.

"Thank you, Florida Georgia Line for IMPD's newest K9 partner! #WeAreIMPD," police posted on Facebook along with an image of the band with the dog.

Brian Kelley, one part of the duo Florida Georgia Line, first met the dog last year when the pup was just 10 weeks old. He named him Sarge.

He and his wife, Brittney, wanted to adopt Sarge and have the dog trained by Mike Sweeney, according to the band's publicist, Sweet Talk PR. Soon they realized Sarge had special talents and would make a strong police dog.

"We are so excited that Sarge will live a life of keeping people and his officers safe," Brian and Brittney Kelley said in a joint statement.

"Being able to give back is something in our hearts and last night in Indianapolis was a moment we won't forget."

The newest member of the IMPD will be used as an explosive detective dog and hasn't yet been named by his new handlers, according to IMPD Sergeant Grace Sibley.