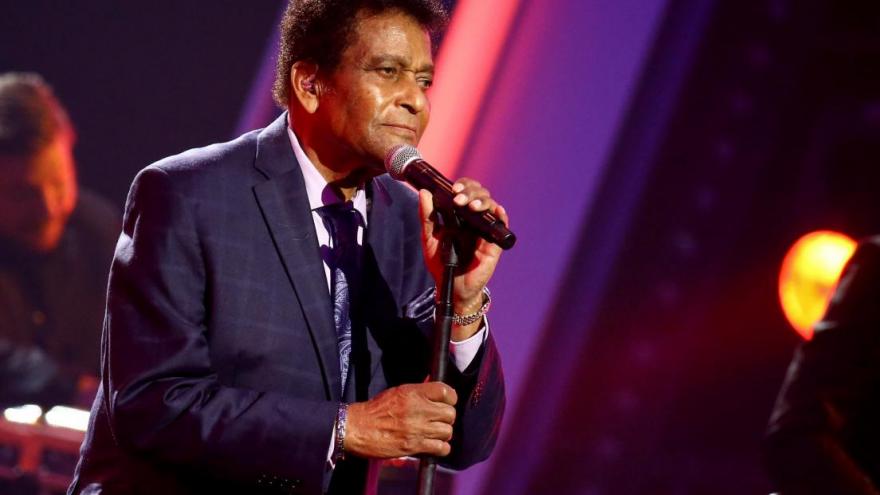 Pride has died at age 86, his representative announced. Born on March 18, 1934, the singer was a Mississippi sharecropper's son who became the first Black member of the Country Music Hall of Fame.

Pride died in Dallas of complications from Covid-19, the release said.

Born on March 18, 1934, in Sledge, Mississippi, the singer was a sharecropper's son who rose to become country music's first black superstar.

His baritone voice was featured on more than 50 Top 10 country hits and he was the first Black member of the Country Music Hall of Fame.

He fell in love with the genre while listening to Grand Ole Opry radio shows in his youth.

But his first swing at professional success came when he played Negro League baseball at 16, eventually becoming an all-star player.

Pride sang in music clubs in his spare time but decided to make it a full-time endeavor after a failed tryout with the New York Mets.

Pride arrived in Nashville in 1963 and was eventually signed to RCA Records in 1965 by country guitarist and record executive Chet Atkins.

His first single, 1967's "Just Between You and Me," broke into the Top 10 on country charts and garnered Pride his first Grammy nomination. Pride quit his job at a Missouri smelting plant and embarked on a career that spanned more than four decades.

Pride's early singles were released without mention of his race or a photo of him.

"We're not color blind yet, but we've advanced a few paces along the path and I like to think I've contributed something to that process," Pride wrote in his memoir.

Some of Pride's biggest hits include "Is Anybody Goin' to San Antone" and "Just Between You and Me." In 1971, his recording of "Kiss an Angel Good Mornin'" became his biggest hit, reaching No. 1 on the country charts and crossing over to No. 21 on the Billboard Hot 100.

Pride was inducted into the Grand Ole Opry in 1993 and the Country Music Hall of Fame in 2000.

His final performance was on November 11 when he received the Country Music Association's lifetime achievement award at the annual CMA Awards show. He performed "Kiss An Angel Good Mornin'" with Jimmie Allen at the event, though several other groups skipped the show due to positive Covid-19 tests or exposure.

Fellow country music legend Dolly Parton paid tribute to Pride on Twitter, calling him one of her "dearest and oldest friends."

"It's even worse to know that he passed away from COVID-19," Parton wrote. "What a horrible, horrible virus. Charley, we will always love you."