Couple arrested after taking a wrong turn into Canada 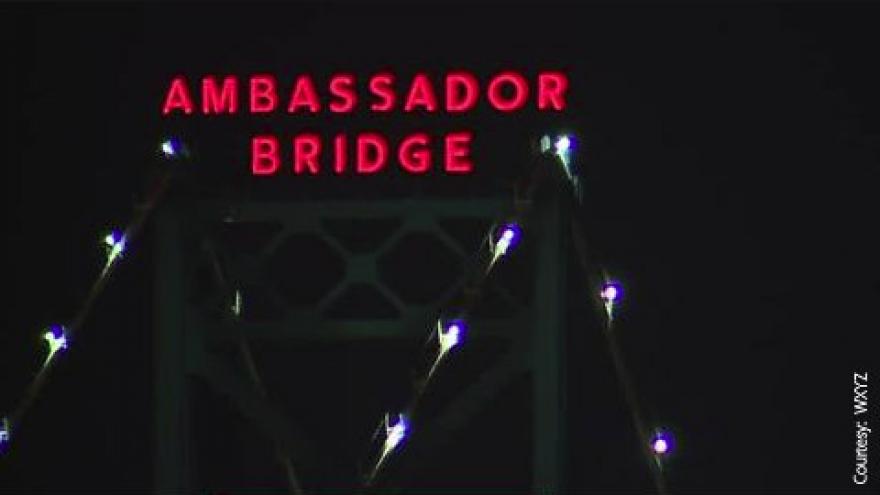 Detroit, Michigan (WXYZ) -- A wrong turn into Canada turns into a nightmare for a Shelby Township couple.

Bennie and Lalani Choice were heading home from a night out at the Auto Show and dinner in Mexicantown. They’re not from Detroit and they got confused when the ramp they were supposed to take for I-75 was closed.

“We didn’t know the area, so I’m like, I’m just going to stay down on the service drive and it should be another entrance ramp,” said Bennie Choice.

Instead they ended up on a ‘no re-entry’ ramp on the way into Canada. They asked a woman at a toll booth how to get back around.

"She did tell me that customs would just let me turn around, I wouldn't even have to enter into Canada,” said Choice.

Choice said the woman didn’t even charge them for the toll.

After they made it across the bridge, a customs agent asked if they had any illegal guns or weapons. Bennie said he didn’t. He is a veteran and a licensed gun holder.

"In my mind I'm not illegal,” said Choice.

He expected to just turn around at that point.

"The exit for the United States was right there, all she had to do was say ok go left,” said Choice.

Instead, he was flagged over to be searched. When he got out of the car he told the agent about his gun.

"He looked at me and said do you have a gun? and I said ‘yeah I do’, I gave him my license and everything and then he said you're under arrest,” said Choice.

He and his wife were put in handcuffs and taken to a room. The agents also found pepper spray on his wife’s key chain.

"They were like, do you all realize what you were doing, smuggling guns and pepper spray into Canada? We weren't even trying to come to Canada, we were trying to turn around,” said Lalani Choice.

Lalani said she was treated like an animal. She was terrified and crying. She had to call off for her late shift at work, since they were detained for nearly five hours.

"You shouldn't feel like a criminal because you made a wrong turn or you didn't understand the question right. and to be treated we were threatened with prison time,” said Lalani Choice.

The couple said was forced to surrender their vehicle. Customs agents checked their background and sent them back across the border in a cab.

In order to get their vehicle back, they had to come back to Canada and pay near $2,500. They were not allowed to have the gun back.

The money was supposed to go towards Lalani’s nursing school tuition.

“We were saving that money for that, we don’t have that extra money.” said Bennie.

7 Action News reached out to the Canada Border Services Agency for comment:

While not speaking to any specific incident, we can tell you that all persons entering Canada must report to the CBSA and answer questions truthfully, regardless if an individual claims to have entered Canada by mistake. When travellers arrive at a port of entry at the primary inspection booth, they must take the first opportunity to declare any firearms in their possession to the CBSA officer to eliminate any risk of penalty or prosecution. All travellers attempting to enter Canada are asked if they have a firearm or weapon in their possession. Travellers who have fully declared their firearms, but don't have the required licence or permit to import them into Canada, will have the option of obtaining the required documentation, exporting the goods under CBSA supervision, abandoning the goods to the Crown or appealing the prohibited classification of the goods in question. Goods may be exported immediately or the CBSA may hold the item until the importer has made necessary arrangements for the goods to be exported by a company licensed to transport the type of firearm or weapon in question. Visitors to Canada cannot, under any circumstances, import prohibited firearms, prohibited devices or prohibited weapons. Firearms are high-risk commodities and their interdiction is an enforcement priority of the Agency. Canadian firearms laws are clear: visitors to Canada who do not declare firearms upon arrival can face seizure, criminal prosecution and deportation. All firearms must be declared. Finally, once a traveller has entered Canada, the individual must report to the CBSA.