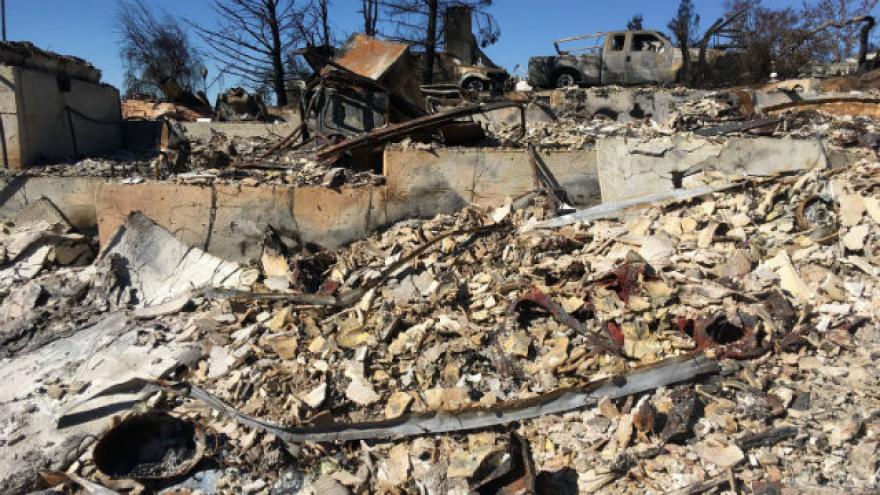 Dr. Antonio Wong lost his Santa Rosa home during an October wildfire. It was the first of two houses he would lose this year to California wildfires. Photo courtesy Wong Family 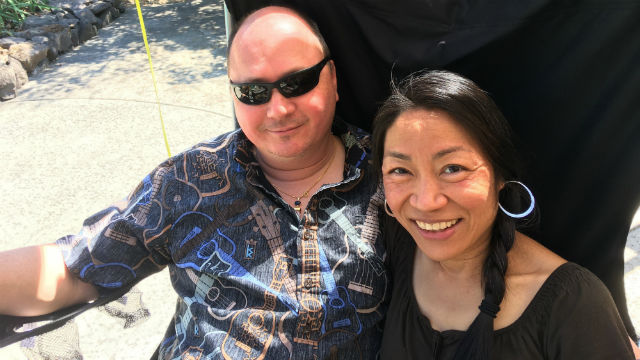 (CNN) -- Dr. Antonio Wong and his wife remember falling in love with their first home, a 3,000 square-foot beauty in Southern California they've owned for more than a decade.

They rented out their Ventura home when they moved out of state in 2008.

But California drew them back. In May of this year, Wong and his wife, Pratima, 48, bought their second home in the state, this time in Santa Rosa in the north. It was not far from Wong's family in the Bay Area.

Now, both homes are gone. They were lost to raging wildfires within two months of each other.

"It was pretty devastating. It didn't seem like I could lose two houses in two separate fires only two months apart," Antonio Wong said.

Now, the couple is trying to figure out their next steps.

"I have so much to do to rebuild my house here," the doctor said. "The thought of trying to rebuild a house down there at the same time is overwhelming. I don't know what I am going to do."

In 2003, Wong bought the Ventura home while he and Pratima were still dating. The former owner allowed them to put less than 10% down and entered into an owner financing arrangement.

The home had three fireplaces. French doors in the living room. Wong added a hot tub in the backyard.

He invited co-workers to host baby showers and other celebrations there.

"When you walk in, you just feel comfortable," he said. To them, the home was "a security blanket."

He and Pratima, who hails from Thailand, moved to the Seattle area in 2008 and later to Reno, Nevada, for Wong's work. None of those places felt like home, though.

Around July 2016, the Wongs moved to Santa Rosa to be closer to his family.

They rented before buying about a year later, just a couple months before the Tubbs Fire.

"Since leaving Ventura, it was the most at home we'd felt," Wong said. "We started to unpack boxes we'd had packed for years."

Wong celebrated his 50th birthday at the Santa Rosa home in September. He smoked ribs and brisket for the party.

In October, the couple's 19-year-old adopted son woke up his parents after he saw the glow of the Tubbs Fire in the distance.

Glued to the news, the family gathered their dog and cat. The smoke grew thicker, making the air hard to breathe. The fire hadn't engulfed homes in their neighborhood yet, but neighbors were already evacuating their homes.

"We didn't take all the stuff you would take if you thought your house was going to burn," Wong said. "So, we took a couple changes of clothes and our IDs, and that's it."

As they drove away, they saw a pine tree on fire across the street.

The wildfire turned their home into ash and melted two of their cars and a motorcycle. The Tubbs Fire, which scorched more than 36,000 acres was most destructive of the blazes in Napa and Sonoma counties.

"Well, I still have that house down there," Wong reassured himself, referring to the Ventura home.

Earlier in November, the couple wore protective gear as they spent hours sifting through the rubble of the torched Santa Rosa home. They were looking for Pratima's wedding ring and a family heirloom passed down from her grandmother.

"There is not a lot you could do, you just kind of sit there and look at the ashes and try to figure out where something might be," Wong said.

He added: "It alters your sense of everything."

Losing the Ventura house was 'painful'

On December 4, they had a home-cooked meal. That day, the Thomas Fire broke out hundreds of miles to the south.

"It was starting to feel like ... we're going to start rebuilding; we're getting back on our feet," Wong said.

Around dawn the next day, Wong woke up to a warning about the Southern California fire, one of six major blazes that firefighters would battle.

"Bad news. Fire in Santa Paula rapidly moving into Ventura. Giving you a heads up since you have house there," a friend's text message said.

Hours later, another message said: "You house was just on tv briefly. Spa looked to be on fire."

Pratima said it was difficult to watch their residence on fire on television. They still haven't seen the house in person.

The Thomas Fire, which is larger than New York City, was about 25% contained Tuesday, according to Cal Fire.

Throughout the ordeal, the Wongs have felt the support of family and neighbors in Santa Rosa.

"Everybody has been so supportive," Wong said. "I don't know what to ask for. But everybody keeps saying, 'What do you need?' "

The couple wants to rebuild the Santa Rosa home, but Wong said he is unsure whether their insurance will cover the rebuilding costs.

And the possibility of a year-round California wildfire seasons, as predicted by Gov. Jerry Brown, frightens him.

"California is changing. There's been a lot of conversation around this could be the new normal," Wong said.

He added: "We are scared of fires. Now we have two things to be scared of: earthquakes and fire."