Court rules that Trump can end humanitarian protections for 300,000 immigrants 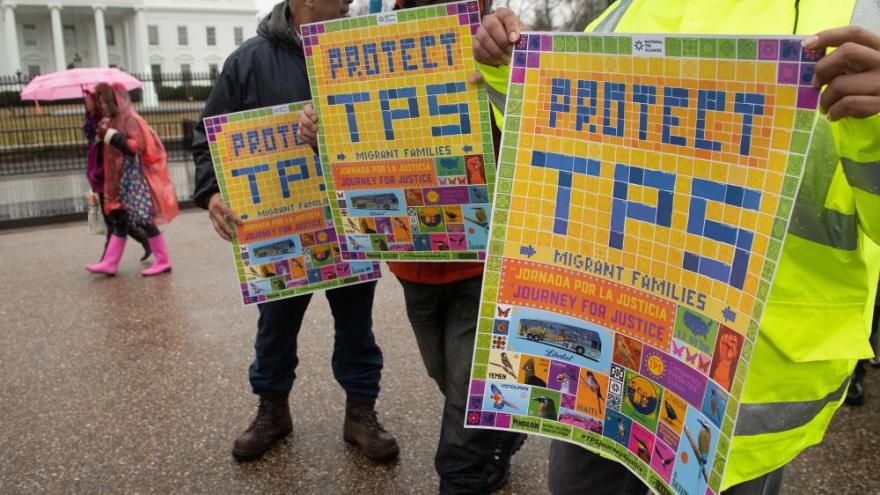 Demonstrators participate in the March For TPS (temporary protected status) Justice outside the White House in Washington, DC, February 12, 2019.

The decision means that thousands of immigrants who have lived in the United States could eventually be deported.

Temporary Protected Status -- a form of humanitarian relief -- applies to people in the United States who would face extreme hardship if forced to return to homelands devastated by armed conflict or natural disasters, and allows them to legally work in the US. The Trump administration has criticized TPS, arguing that repeated extensions of the status are contrary to its purpose and moved to terminate protections for certain countries.

In a 2-1 ruling Monday, a panel of the 9th US Circuit Court of Appeals found that, under the TPS statute, the Department of Homeland Security secretary "possesses full and unreviewable discretion as to whether to consider intervening events in making a TPS determination."

TPS holders and their US citizen children had challenged the planned move to end the protections, arguing in part that the decision was motivated by racism. The court panel's majority concluded that "there is still no evidentiary support for the conclusion that this overarching goal was motivated by racial animus."

A lower court had initially blocked the administration's plan, and the plaintiffs said they will ask the full 9th Circuit to review the decision.

"This government has failed me and the other 250,000 US citizen children of TPS holders. If this decision stands, it means Trump's termination of TPS will move ahead and TPS holders will only have until January 2021 to legally live and work in this country," said Crista Ramos, lead plaintiff in the case.

Last year, the Department of Homeland Security announced that the administration would extend the validity of work permits for El Salvadorans with protected status through January 4, 2021.

That decision came on the heels of an agreement with El Salvador that would allow the US to send some asylum seekers to that country to seek humanitarian protections there. As a result, El Salvadorans with protected status have an additional year after the conclusion of the TPS-related lawsuits to repatriate back to their home country.