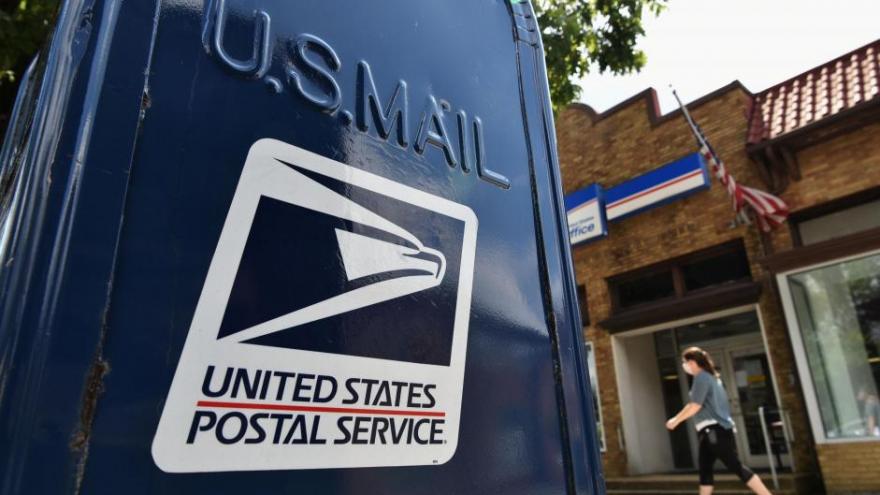 A federal judge on Tuesday lays out steps the Postal Service must take to ensure that ballots are delivered quickly as voters ace absentee voting deadlines.

(CNN) -- US Postal Service leadership received a sweeping set of orders from a federal judge on Tuesday, laying out steps the Postal Service must take to ensure that ballots are delivered quickly as voters ace absentee voting deadlines.

One week from Election Day, Judge Emmet Sullivan of the DC District Court told the Postal Service to inform its employees that late and extra delivery trips are allowed and the delivery of ballots by state deadlines is important. Sullivan's order largely follows a proposed plan agreed upon by the USPS and those suing the Postal Service, which include the NAACP and the group Vote Forward.

The order is some of the most aggressive oversight USPS has faced yet in its handling of election mail. It zeroes in on a controversial policy the USPS put in place in July -- then was forced to rescind -- to stop extra and late delivery trips.

Tuesday's order adds to several directives the Postal Service has received in court in recent months, after state governments won injunctions to reverse policy changes put in place by Postmaster General Louis DeJoy that could have disrupted the quick delivery of mailed ballots to election officials.

States and other groups had sought for courts to monitor and enforce the rulings they won. Sullivan's order on Tuesday essentially puts the judge in place to track the USPS operations daily, leading up to the election.

According to the judge's order, the Postal Service now must tell many of its employees "to perform late and extra trips to the maximum extent necessary to increase on-time mail deliveries, particularly for Election Mail."

"To be clear, late and extra trips should be performed to the same or greater degree than they were performed prior to July 2020 when doing so would increase on-time mail deliveries. Any prior communication that is inconsistent with this instruction should be disregarded," the order continued.

The Postal Service declined to comment on the order other than to say that delivering ballots remains its top priority.

Last week, the groups that sued in Washington, DC, alleged that the Postal Service hadn't complied with the court orders and that late and extra mail delivery trips -- which allowed mail to be delivered more quickly -- were down from even July, when the Postal Service initially tried to discourage those trips.

"Given Defendants' foot-dragging and failure to clearly reverse the July 2020 Policy Changes, they cannot reasonably complain about the inconvenience of having to demonstrate their compliance," lawyers for the NAACP told the judge last week. "There are less than two weeks until Election Day. Every day until then, hundreds of thousands of voters will be seeking to obtain and return their election ballots. There is an urgent need for prompt action."

The Postal Service maintained in court that it had made clear to employees that late and extra delivery trips weren't banned. "Defendants have indisputably complied with this Court's orders, which they treat with the utmost seriousness," lawyers from the Justice Department, representing USPS, had told the judge.

According to Sullivan's order Tuesday, the Postal Service now must provide daily updates to the court on mail delivery data and lawyers from the administration will appear daily before the judge.