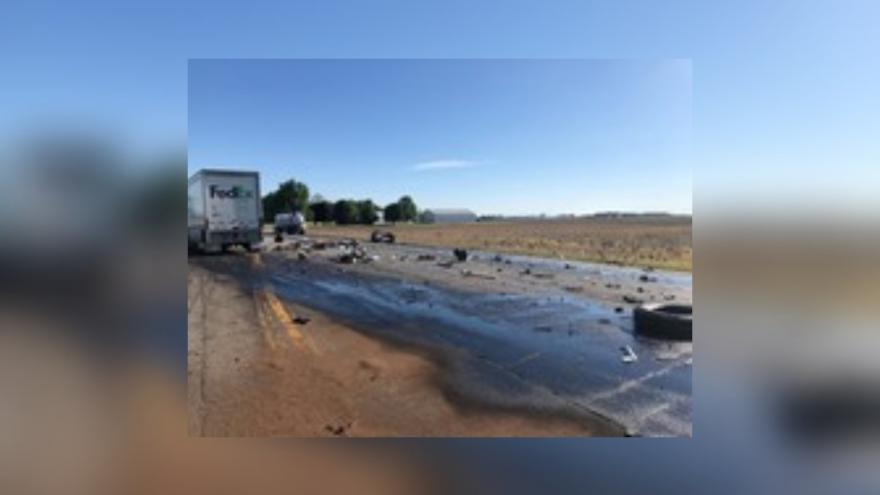 Police says the crash about 5:30 a.m. Friday occurred on U.S. 31 in Tipton County, about 35 miles (57 kilometers) north of Indianapolis.

Police say a semitrailer carrying the acid and driven by 38-year-old Justin Walker of Louisville, Kentucky, stopped for a set of railroad tracks and was rear-ended by a semitrailer driven by 29-year-old Stephen Emery of Peru.

Winds helped dissipate a vapor cloud caused by the leaking acid that prompted the evacuations.

Police say the acid combined with spilled diesel fuel damaged the surface of the northbound lanes and forced a detour.

Both drivers suffered minor injuries and were treated at the scene.