Cruz to object to Arizona's Electoral College votes on Wednesday 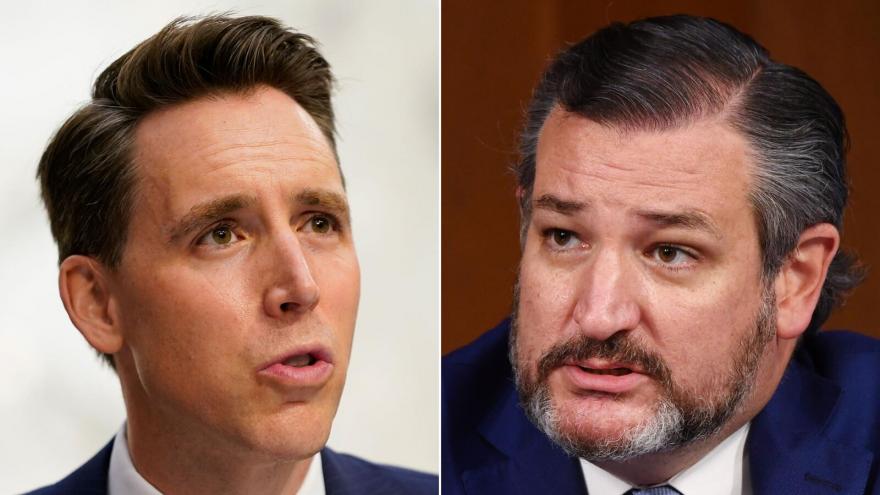 (CNN) -- Texas Republican Sen. Ted Cruz plans to object to Arizona's Electoral College results during the joint session of Congress on Wednesday, two sources familiar with the matter tell CNN, which will force the first of multiple expected -- and futile -- votes in the House and the Senate to overturn the results of the election won by President-elect Joe Biden.

The objections on Wednesday during the formal count of electoral votes from all 50 states and the District of Columbia will not change the results of the election. Every Democrat and some Republicans will reject the challenges, including Senate Majority Leader Mitch McConnell.

But the objections will extend the normally ceremonial process of counting Electoral College votes into Wednesday evening and possibly beyond. For each state where a House member and senator object, the two chambers will separately recess and debate the matter for up to two hours, followed by a vote on whether to accept or reject the objection.

The exact number of objections that will be raised is still unclear. Cruz and a group of GOP senators held a conference call Monday night with several House members to map out a strategy, though no final decisions were made, according to a source involved in the call.

The states' Electoral College votes are counted in alphabetical order, so Cruz's objection to Arizona is likely to be the first debated.

Cruz and nearly a dozen Senate Republicans said this past weekend they planned to object to the Electoral College results unless a commission was appointed to investigate voter fraud. A person familiar with Cruz's plans argued the objection was not as much about Cruz questioning the election results as it was a reaction to the fact that he has not received the commission to study election results that he and his group of 10 other senators requested.

The objections have sparked a public split in the Republican conference, with those siding with McConnell arguing the effort has no chance of succeeding and is dangerous for democracy. Some of Trump's allies on the other side are vowing to primary those Republicans who vote against him on Wednesday.

Trump has focused on Wednesday's congressional session to try to overturn the November election after courts across the country rejected his campaign's lawsuits challenging the results, and state legislatures in battleground states declined to try to appoint electors that went against the will of the voters in their states.

The President has attacked Republicans who have said they will not object to the results, accusing them on Twitter of being part of a "surrender caucus." Trump has also pushed Vice President Mike Pence, falsely claiming on Twitter Tuesday that Pence could "has the power to reject fraudulently chosen electors."

There is no evidence of widespread voter fraud, and there is no evidence that electors from the electoral college were fraudulently chosen, as all states have certified their elections. Pence's role on Wednesday in certifying the results of the election is largely ceremonial.

There's no indication Pence plans to do so. But even if the vice president tried to take an unprecedented and legally dubious action to reject the will of voters and select a different slate of electors, such a move would almost certainly be rejected by both chambers of Congress. The chambers could respond by voting to appeal the ruling of the chair, according to Alan Frumin, a former Senate parliamentarian.

In a sign that Pence is preparing for his role overseeing the quadrennial session to count the ballots, he was spotted in his office off the Senate floor Sunday meeting with aides and Elizabeth MacDonough, the current Senate parliamentarian.