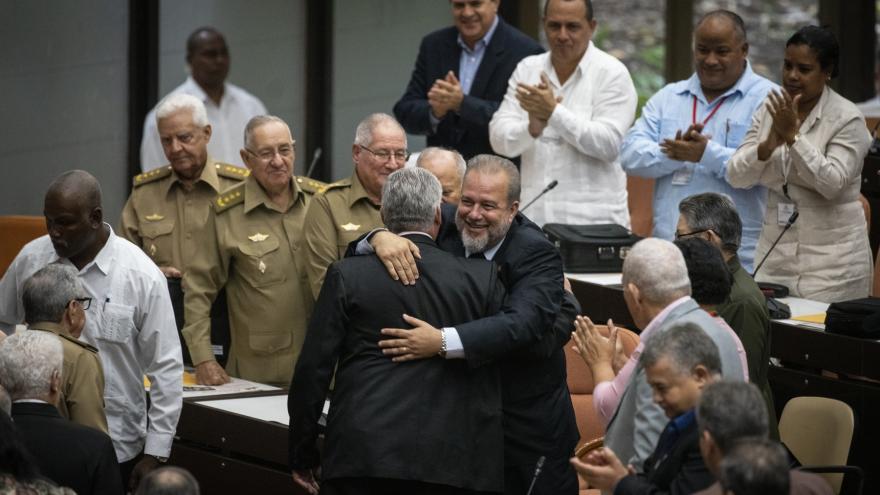 Marrero served as the Cuba's tourism minister for almost 16 years and was named prime minister for a five-year term, according to Cuba's state news agency, ACN.

He was a colonel in Cuba's armed forces before being tasked with heading the state tourism industry, which provided badly needed hard currency for the communist-run island.

Marrero's appointment was unanimously ratified by the 594 deputies of the Cuba's National Assembly during the Assembly's annual end-of-the-year meeting. Parliament's absolute majority is necessary for the appointment, ACN said.

Deputy prime ministers and other members of the Council of Ministers were appointed during Saturday's session.

Diaz-Canel remains head of state and Raul Castro remains the first secretary of the Communist Party, where the real power lies.

The prime minister is expected to manage the day-to-day operations of the Cuban government but will still report to the president.

In February 2019, Cuban voters approved a new constitution to replace the 1976 Soviet-era charter enacted under Castro. It protects private property and foreign investment, and for the first time places two five-year terms on the office of the presidency.

Under the new constitution, the Communist Party is still the only political party allowed in Cuba, and it remains the guiding force for all government policy.