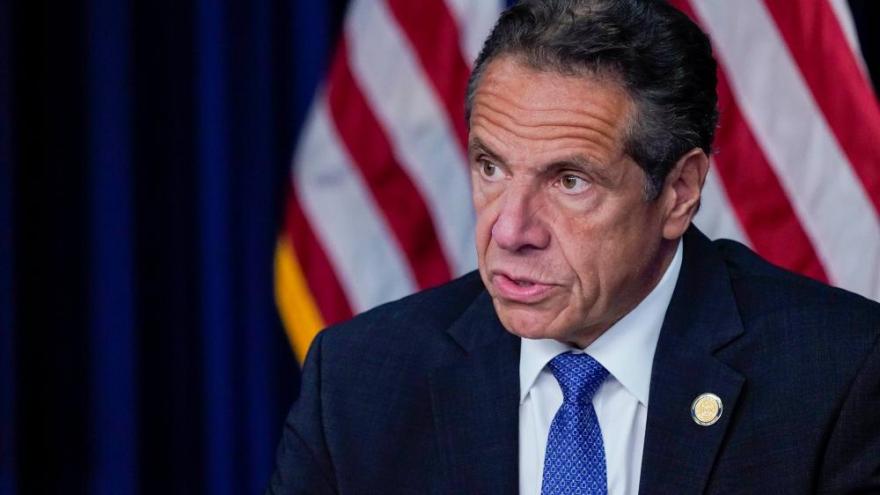 Cuomo, a source said, can't come to grips with the end of his time in office, telling his inner circle: "I need more time."

Another source in close touch with the governor's close advisers said, "no one in his inner circle of friends or staff" believed, as of last week, that Cuomo would survive politically and must resign or face impeachment. Despite the consensus, "he thinks he can wait it out," that source said.

A report released last week by New York Attorney General Letitia James detailed the allegations of 11 women and found that Cuomo engaged in "unwelcome and nonconsensual touching," among other allegations. The governor has insisted he did nothing wrong and made no indication in a video response following the report's release that he would step down.

The comments from those near Cuomo's inner circle provide fresh insight into the governor's thinking nearly a week after the release of the damning report, which led to a barrage of calls for the governor's resignation from top state and national Democrats, including President Joe Biden, House Speaker Nancy Pelosi and New York's two US senators. Cuomo is also facing a fast-moving impeachment effort by state lawmakers.

CNN has reached out to Cuomo's office for comment.

Asked about the pressure to resign, Rita Glavin, a personal attorney for Cuomo, told CNN's Erica Hill on "Erin Burnett OutFront" later Monday that right now "the governor is very much focused on getting the evidence from the Assembly and being able to make a submission to the Assembly" as part of its impeachment process.

Still, Cuomo was in a "fighting mood" over the weekend even as many of his closest allies question the third-term governor's ability to survive the scandal and some prepare for when the governorship ultimately comes to an end, according to the Rev. Al Sharpton, who spoke with multiple people close to Cuomo over the weekend.

"People around him are looking for what's the next chapter in their life, I'll put it that way," Sharpton, a civil rights activist who has long been involved in New York politics, told CNN. "Where do I get a job?"

One of Cuomo's top aides, Melissa DeRosa, resigned late Sunday. The 38-year-old, who held the highest-ranking appointed position in the state, appeared throughout James' report.

"I said to them -- I don't see how he survives," Sharpton added about his conversations with Cuomo advisers over the weekend.

New York State Democratic Party Chair Jay Jacobs has also cast doubt on Cuomo's ability to remain in office amid the scandal, telling CNN on Monday that "no one of sound mind" would, at this point, be telling the governor "that there's going to be anything other than a very bad outcome here" if he does not resign.

Jacobs, who called on Cuomo to leave office last week, also said that the governor is fully aware of how dire his prospects are -- especially if the state Assembly were to move forward with impeachment and the process advanced to the state Senate for a trial.

He continued: "They're all in favor of moving forward. And then you go to the Senate and forget about it. And he's made clear to me that he understands if he gets to the Senate, he's gone. He knows that."

Assembly Speaker Carl Heastie, a Democrat, told reporters on Monday that the impeachment investigation process into Cuomo could wrap within weeks, saying: "You want to make sure things are right, but also done in an expeditious manner."

Since March, the Assembly's Judiciary Committee has been looking into Cuomo in four areas: the sexual harassment allegations, deaths in nursing homes from Covid-19, usurping state resources for personal gain and allegations of a cover-up over damaged bridge bolts on the Mario Cuomo Bridge, named after the former New York governor who is Andrew Cuomo's father.

This story has been updated with comments from Gov. Andrew Cuomo's attorney Rita Glavin.