Curiosity rover captures high-resolution panorama of its home on Mars 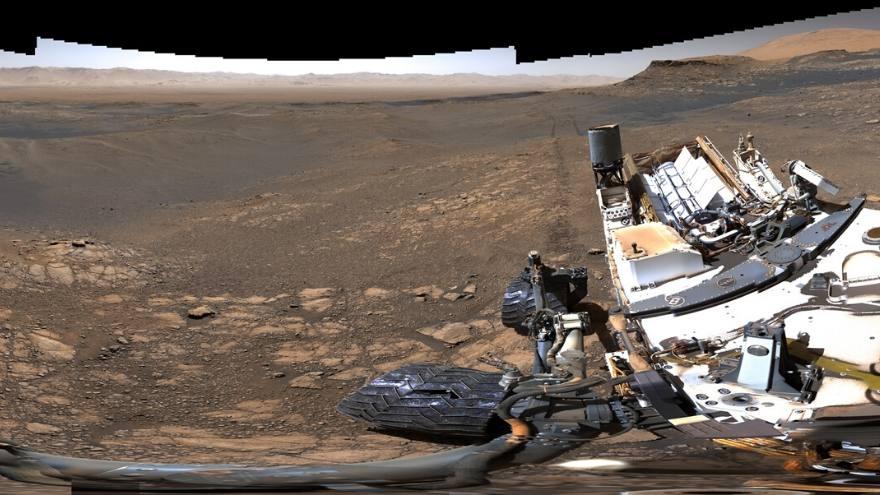 (CNN) -- NASA's Curiosity rover has been delighting those of us on Earth with stunning photos of Mars since it landed in 2012. But its latest image is a detailed panorama that surpasses all others, stitched together using more than a thousand photos.

The photos were snapped by Curiosity over Thanksgiving in 2019 using the telephoto lens on the rover's Mast Camera. Together, the images include 1.8 billion pixels.

The images were captured by Curiosity between November 24 and December 1. Curiosity "worked" during the Thanksgiving break while its Earth-bound team took time off to enjoy the holiday. Before the team left, they sent commands to position its cameras and ensure that its images would be sharp.

After that, Curiosity didn't have any other waiting commands, so the rover sat still and snapped away.

Each day over the span of four days, the rover shot images between noon and 2 p.m. local time so the lighting would be consistent across the photos.

Both panoramas reveal Curiosity's current home of Glen Torridon. It's a region near Mount Sharp named for Scotland's Northwest Highlands, which contain some of the oldest rocks in the world.

On Mars, Glen Torridon is full of intriguing clay mineral deposits that Curiosity has been observing. It's located in Gale Crater, a vast and dry ancient lake bed with a 16,404-foot mountain at its center. Mount Sharp's peak is taller than the rim of the crater.

Streams and lakes likely filled Gale Crater billions of years ago, which is why NASA landed the rover there in 2012.

"While many on our team were at home enjoying turkey, Curiosity produced this feast for the eyes," said Ashwin Vasavada, Curiosity's project scientist at NASA's Jet Propulsion Laboratory. "This is the first time during the mission we've dedicated our operations to a stereo 360-degree panorama."

The teams back on Earth carefully put the images together for the panorama. A special tool on the JPL site allows you to zoom in and see background details up close.

Curiosity also shared a 1.3 billion-pixel panorama in 2013 as it collected rocks.