Cyntoia Brown has been released from a Tennessee prison 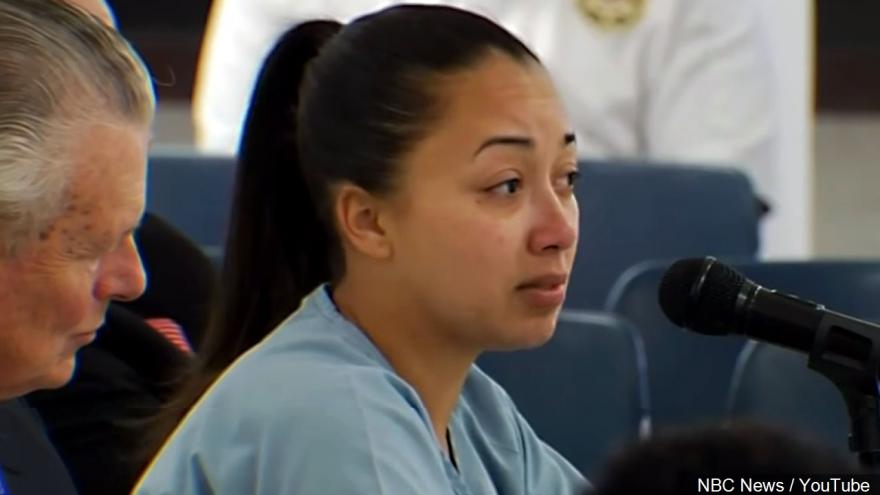 Cyntoia Brown was sentenced to life in prison for the killing of Johnny Mitchell Allen; the man who bought her for sex when she was 16 years-old., Photo Date: December 9, 2018
By Madeline Holcombe and Leanna Faulk, CNN

(CNN) -- Cyntoia Brown was released from prison early Wednesday morning after being granted clemency by Tennessee Gov. Bill Haslam in January, according to the Tennessee Department of Corrections.

Initially sentenced to life in prison for killing a man who bought her for sex when she was 16, Brown was released to parole supervision after spending more than a decade jailed.

Her case drew the attention of high-profile advocates, lawmakers and A-list celebrities and even prompted a documentary. Here is what you should know about what happened and why she is walking free.

Brown has spent half of her life behind bars.

In 2004, she was sentenced to life in prison in connection with the killing of a 43-year-old man. At 16-years-old, she was tried as an adult and convicted of first-degree murder, first degree felony murder and aggravated robbery.

Brown's sentence required her to serve at least 51 years in prison before she was eligible for parole. The now 31-year-old is scheduled to be released after serving 15 years.

She says she was defending herself from her rapist

Much of the controversy surrounding her case came from what she said happened leading up to the killing.

Brown testified at her trial that at 16 she was solicited for sex by Johnny Mitchell Allen.

He brought her back to his house, Brown testified, where she saw a gun cabinet. Brown testified that she had been forced into prostitution by a pimp and resisted Allen. But then, she said she saw him reach under the bed, and she believed he was going to kill her.

In self-defense, she reached for a gun in her purse and shot him, she said.

The prosecution argued during her trial that she shot him in an attempt to rob him, because she took his wallet afterward.

She had the support of A-List celebrities

Years after Brown's sentencing, her case became a widespread conversation on social media, inspiring the viral hashtag #FreeCyntoiaBrown. Among those promoting her story and advocating for her release online were celebrities, most notably Rihanna and Kim Kardashian West.

Rihanna posted on social media: "Imagine at the age of 16 being sex-trafficked by a pimp named 'cut-throat.' After days of being repeatedly drugged and raped by different men you were purchased by a 43-year-old child predator who took you to his home to use you for sex. You end up finding enough courage to fight back and shoot and kill him."

"Your (sic) arrested as (sic) result tried and convicted as an adult and sentenced to life in prison," Rihanna's post continues. "This is the story of Cyntoia Brown. She will be eligible for parole when she is 69 years old."

She is coming out with a degree

"I learned that my life was -- and is -- not over," Brown said in a documentary, "Me Facing Life: Cyntoia's Story." "I can create opportunities where I can actually help people."

In prison, Brown received her associate degree from Lipscomb University in 2015 and, according to The Tennessean, obtained a bachelor's degree in the Tennessee Prison for Women in May.

She collaborated with Tennessee's Juvenile Justice System to help counsel young people at risk, and her supporters say she's been a model inmate during her incarceration.

"She is light years today, as a woman, different from the traumatized 16-year-old that she was," Derri Smith, founder and CEO of non-profit End Slavery Tennessee, said last January. "She's mentoring ... troubled youth, working on her college degree, she is planning a nonprofit so she can help other young people."