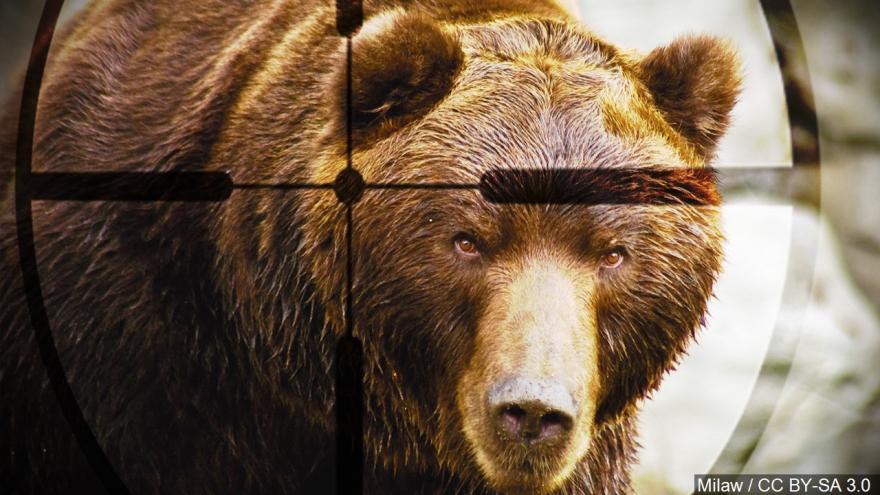 (CNN) -- A father and son are accused of slaughtering a female black bear and her two cubs as they rested in their den in April.

Andrew Renner, 41, and Owen Renner, 18, of Palmer, Alaska face several felony and misdemeanor charges related to illegal hunting. It is against the law to shoot a black bear with cubs in Alaska.

Alaska Wildlife Troopers, which announced the charges on Monday, said the act was caught on a motion-activated camera set up inside the den to monitor the bears as part of a study being conducted by the US Forest Service and the Alaska Department of Fish and Game. The camera produced both video and audio of the encounter.

"In this case numerous crimes, including felonies, are believed to have been committed," trooper Col. Steve Smith said. Smith said the truck and boat used to transport the Renners to and from the bears' den have been seized.

The father and son were out skiing together on April 14 when they approached the inhabited den, troopers said in a statement.

The video captures Owen Renner firing two rounds at the adult bear inside her den, the troopers said. Andrew Renner then killed the "shrieking" newborn cubs and discarded their bodies outside the den, the statement said.

Court documents say that Andrew Renner is captured on video saying: "It doesn't matter. Bear down."

"They'll never be able to link it to us," Owen Renner said, according to the court documents.

Two days later, the men were captured on video returning to the den to pick up shells casings and dispose of the bear cubs, troopers said.

Two weeks later, on April 30, Andrew Renner brought the adult bear's skin and tracking collar to officials at the Alaska Department of Fish and Game, saying that he realized after shooting it that it was a nursing bear and had not seen any cubs.

Scott Sterling, an attorney for Andrew Renner, declined to comment. Sterling said he is not representing Owen Renner. It is not clear if Owen Renner has hired an attorney.