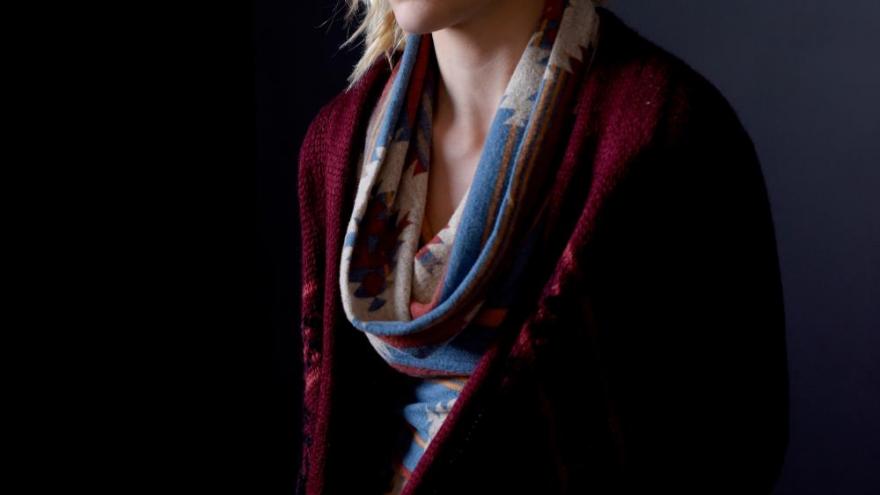 Daisy Coleman, who was featured in Netflix's 2016 documentary "Audrie and Daisy," died by suicide on Tuesday. She was 23.

(CNN) -- Daisy Coleman, whose allegation of sexual assault and ensuing harassment was chronicled in the Netflix documentary "Audrie and Daisy," died by suicide on Tuesday, her mother confirmed on Facebook. She was 23.

"She was my best friend and (an) amazing daughter," Melinda Moeller Coleman wrote. "I think she had to make it seem like I could live without her. I can't. I wish I could have taken the pain from her!"

Coleman's death comes eight years after she accused a high school classmate of sexual assault when she was 14 in her hometown of Maryville, Missouri.

The student, Matthew Barnett, was arrested and charged with sexual assault. The assault charge was dropped two months later as the Nodaway County Prosecuting Attorney said there was insufficient evidence. Barnett's attorney said that his client cooperated with authorities and argued the sex was consensual.

Barnett ultimately pleaded guilty to a misdemeanor charge of endangering the welfare of a child and was sentenced to two years of probation.

Afterward, Coleman's mother said that the family received threats and that she was fired from her job as a veterinarian at a clinic.

In April 2013, their house in Maryville -- which had been vacant and for sale -- burned down. The state fire marshal said that "due to the unsafe nature of the structure, a detailed examination could not be conducted and this fire loss is being listed as undetermined."

Media coverage of the case, as well as a push from the online activist group Anonymous, sparked outrage and protests demanding "Justice for Daisy" in 2013.

Coleman was featured in Netflix's 2016 documentary "Audrie and Daisy," which focused on the alleged assault and the ensuing trauma and online harassment against the family. The documentary also told the story of Audrie Pott, a 15-year-old who allegedly was raped at a house party and then killed herself days later.

The film won a Peabody Award as "an honest, heartbreaking, and timely tale of sexual assault and social media, and the repercussions it can have on young lives."

SafeBAE, an organization co-founded by Coleman with a mission of ending sexual assault among students, said they were shocked and saddened by the loss.

"As all of our supporters know, Daisy has fought for many years to both heal from her assault and prevent future sexual violence among teens. She was our sister in this work and much of the driving force behind it," the organization wrote on Twitter.

"She had many coping demons and had been facing and overcoming them all, but as many of you know, healing is not a straight path or any easy one. She fought longer and harder than we will ever know."