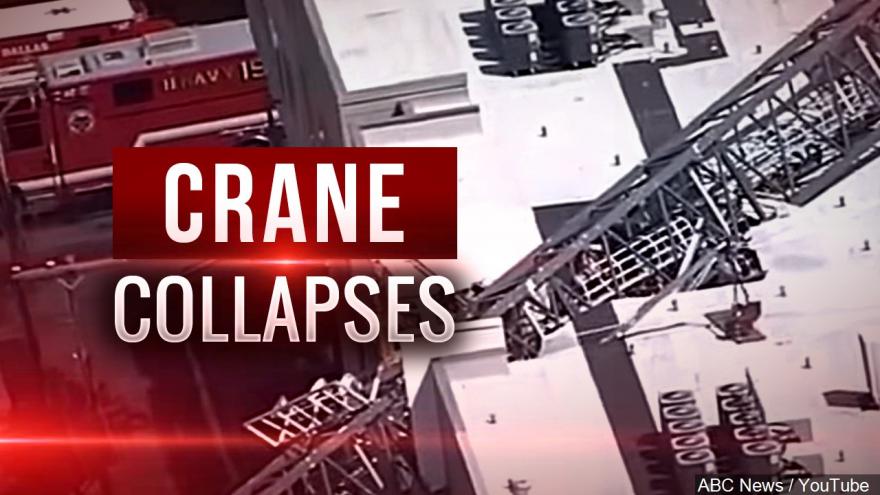 DALLAS (AP) — Authorities have identified 29-year-old Kiersten Symone Smith as the woman who was killed when a crane fell on a Dallas apartment building Sunday amid severe thunderstorms that also uprooted mature trees and left thousands without power across the city.

Smith was pronounced dead at a hospital, according to the Dallas County Medical Examiners' office, after the construction crane smashed into a five-story building near downtown destroying peoples' apartments and reducing parts of an adjacent parking garage to a pile of concrete and mangled cars.

The cause of Smith's death has not been determined. Dallas Fire-Rescue spokesman Jason Evans could not provide an update on the condition of the five people injured in the collapse.

Sanchez said a crew was going out Monday to determine the intensity of a reported tornado that damaged houses in Copperas Cove, located about 75 miles (120 kilometers) north of Austin. A city fire official said about 200 homes were damaged and three of those are uninhabitable.

"The sun was out, and then all of a sudden a wind came in, it got dark, the lights went off, and once the lights got off then the wind started blowing," Copperas Cove resident Erasmus Julien told the Killeen Daily Herald.

Oncor, Texas' largest electricity provider, said early Monday that their crews were working around-the-clock to restore electricity in the Dallas-Fort Worth area. The company said that at the peak more than 350,000 of their customers were without power, and more than 130,000 have since had it restored.

As of late Monday morning, almost 500 traffic signals were inoperable across Dallas, and about 170 were flashing red lights, according to the city.

At the Elan City Lights building damaged by the crane, fire crews were escorting evacuated residents back inside to retrieve their possessions, as city workers and Occupational Safety and Health Administration officials ponder how to remove the crane embedded in the structure's east side.

A spokesman for the federal agency confirmed it's investigating the crane's collapse but declined to provide further comment.