Dance, garden and swim your way to a better brain as you age, study says 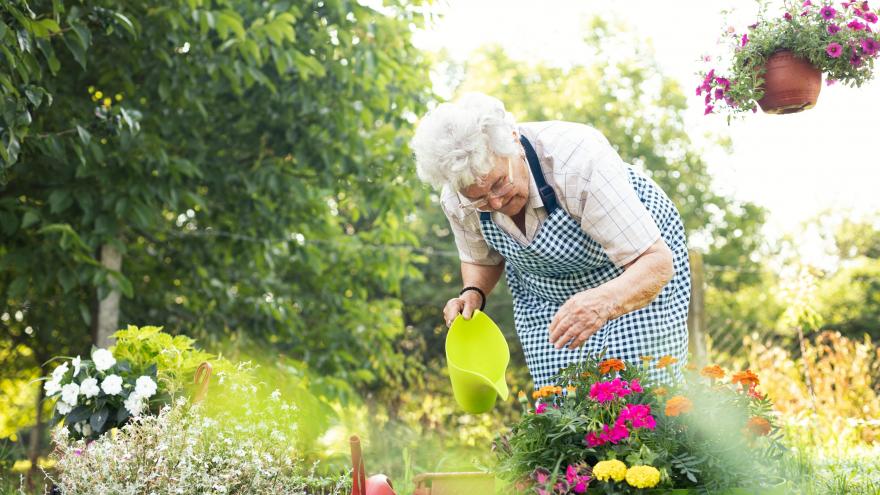 To examine the association between physical activity and brain aging, researchers from Columbia University assessed activity levels of older adults and analyzed the quality of their brains via magnetic resonance imaging (MRI) scans.

They found that those who were more active had larger brain volumes than their inactive counterparts, indicating that physical activity may help to slow brain volume loss, said Dr. Yian Gu, study author and assistant professor of neurological sciences at Columbia University's Vagelos College of Physicians and Surgeons.

Shrinkage of the brain typically starts around the age of 60 or 70 years, slowing processing and cognitive functions.

"Our results add to the evidence that more physical activity is linked to larger brain volume in older people," said Gu, speaking about the research she's presenting at the American Academy of Neurology's 72nd Annual Meeting in April.

"It also builds on evidence that moving your body more often throughout one's life may protect against loss of brain volume."

The activity level of more than 1,500 older adults with an average age of 74 was measured according to calories the researchers thought they burned by performing activities they self-reported engaging in within the last two weeks. They also measured the frequency, duration and intensity of the participants' activities.

MRI scans measured their brain volume and the volumes of their gray matter, white matter and white matter hyperintensity.

Judging by the MRI scans, the adults who engaged in the highest levels of activity had 1.4% more total brain volume than those who were inactive, which was the equivalent of slowing brain aging by about four years, the report said.

"Brain volume is one marker of success, along with cognitive test performance and daily function," said Dr. Richard Marottoli, medical director of the Dorothy Adler Geriatric Assessment Center at Yale-New Haven Hospital, who wasn't part of the study.

One limitation of the study was that information on physical activity relied on a participant's ability to remember how often and how long they were active. And the study found an association between activity and brain volume, but not a causal relationship.

"However, there's no apparent downside to incorporating these activities in our daily routine until we have more definitive evidence, and there may be other benefits as well, such as cardiovascular health," Marottoli said. "[The findings] add to an expanding body of evidence that a variety of things under our control may have beneficial effects on cognition."

If larger brain volume is a result of activity, it could have generated from biological processes including growth of nervous tissue, anti-inflammatory benefits of exercise and strengthening of synaptic plasticity, which contributes to learning and memory, Gu said.

Why our brains shrink as we age

Brain shrinkage can stem from degeneration of nerve cells in the brain and diseases of the nervous system, which can result from multiple insults such as inflammation and oxidative stress, an imbalance between free radicals and antioxidants in the body, Gu said. Free radicals are unstable molecules from environmental sources such as cigarette smoke or pesticides that can damage the body's cells.

Other causes of brain aging include stress, because of the high levels of the stress hormone, cortisol and brain injury induced by stroke events.

To foster brain health, Marotttoli said older adults can identify a mix of low, medium and high intensity activities they can safely enjoy and incorporate into their regular routine, increasing the likelihood they'll be able to maintain them on a long-term basis.

In a recent study by the same authors, using the same study population, physical activity was associated with a lower risk of developing Alzheimer's disease.

"Given the close relationship between brain atrophy and cognitive decline or dementia risk, it will be very interesting to formally test in future studies whether the protective role of physical activity on cognition or reducing dementia risk is indeed through slowing" undesirable changes of the brain such as shrinkage or pathological changes, Gu said.