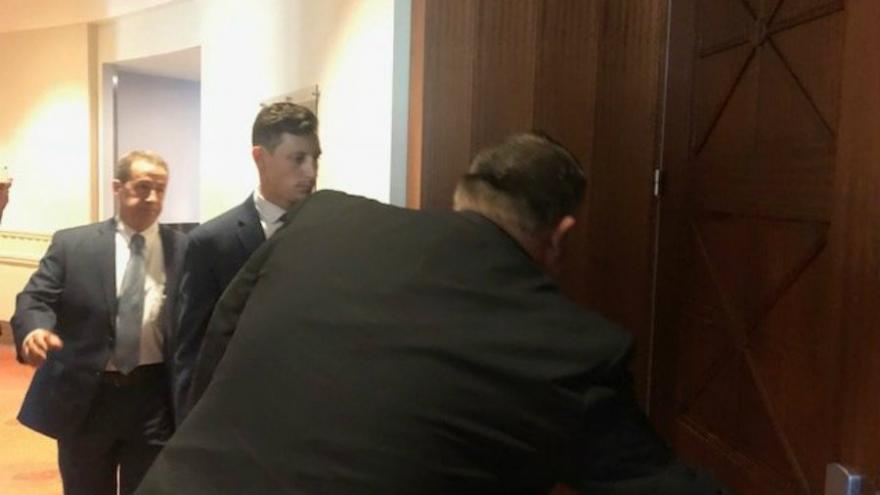 (CNN) -- An FBI agent who unintentionally shot someone while dancing at a Denver bar appeared in court Wednesday to face a second-degree assault charge. 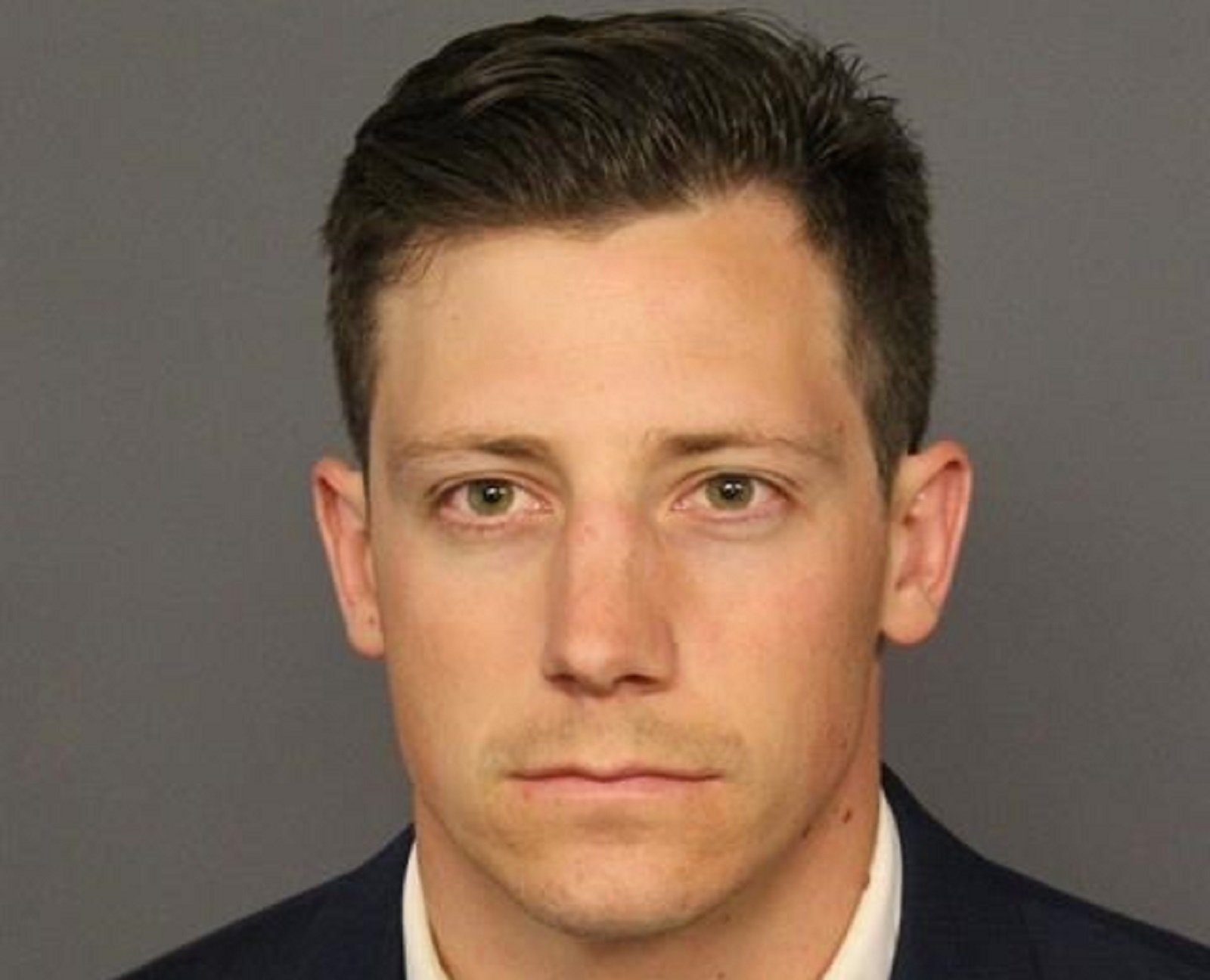 Chase Bishop, 29, turned himself in Tuesday to Denver police and was later released on a $1,000 bond, according to online records from the Denver Sheriff Department.

Denver County Court Judge Andrea Eddy ruled to allow Bishop to travel back home to Washington, where he lives and works, before his next court date in July. Bishop did not speak in court Wednesday but nodded his head with his hands crossed in front of him.

"We want to see the results of the investigation before we make any comments," Bishop's attorney, David Goddard, told CNN after the hearing.

The off-duty agent was showing off his moves in the center of a dance circle at Mile High Spirits bar on June 2 when he launched into a back handspring. During the move, a firearm fell out of his waistband holster and onto the floor, Denver police said.

Bishop moved to pick the weapon up and unintentionally fired one shot, police said. He then put the gun back in his pants and walked away with his hands up.

One person was struck in the lower leg and was expected to survive, police said.

The court hearing comes a week after video of the incident went viral and raised questions about why Bishop was not initially taken into custody. The incident also attracted attention amid heightened critical attention on the FBI as well as the ongoing debate over firearms in the United States.

Denver District Attorney Beth McCann said Bishop may face additional charges depending on the results of a blood-alcohol content analysis, which could take another week. Even without that analysis, there was "sufficient evidence" to charge Bishop with assault, McCann said.

An attorney for the wounded man told CNN affiliate KMGH that the bullet hit a main artery and that his client could have bled to death if someone had not applied a tourniquet to his leg.

Authorities did not initially identify the FBI agent because he was not arrested at the time, said Marika Putnam, a Denver police community resource officer.

In a statement last week on Facebook, the Mile High Spirits barsaid it looked forward to speaking with the FBI to learn more about why the agent was armed.

"It is shocking that the only shooting to ever occur at our establishment came about as a result of an FBI agent entering our distillery tasting room carrying a loaded firearm without our knowledge, in violation of our rules," the bar said.

It also said the wounded patron is welcome to complimentary drinks forever at the bar.

Retired FBI supervisory special agent James A. Gagliano wrote for CNN last week that he understood the need for a young agent to blow off steam. Still, he said he was shocked at the agent's poor judgment.

"This agent should have taken better care to conceal and secure his weapon," Gagliano wrote. "Even before he lost control of it, you can clearly see the weapon's outline against his shirt in the video. That's an egregiously unacceptable concealment effort.

"And knowing he was armed, he may have elected to avoid the dance-off."