'Dancing With the Stars' returns to a changed ballroom 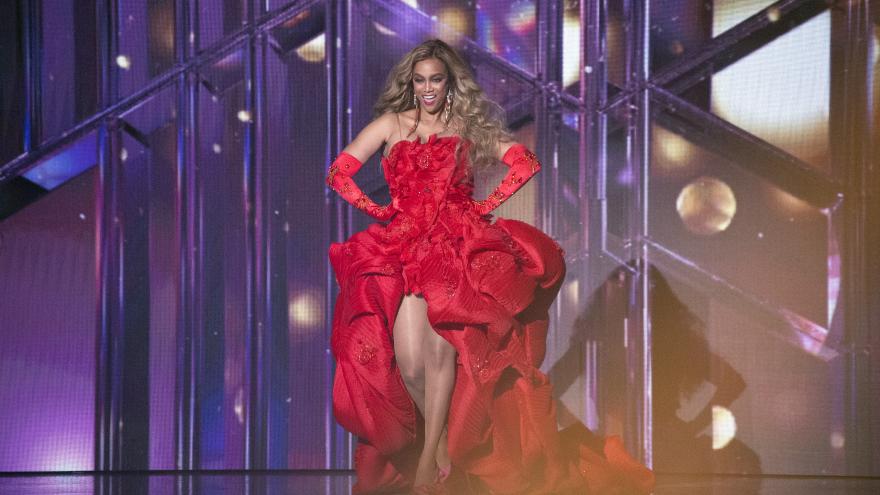 Eric McCandless/American Broadcasting Companies, Inc./ABCThe crowd roared and groaned -- even though there wasn\'t one -- as \"Dancing With the Stars\" kicked off its season in rather stumbling fashion, with a new host and a number of changes as the ABC show sought to fit coronavirus protocols into its routine.-

(CNN) -- The crowd roared and groaned -- even though there wasn't one -- as "Dancing With the Stars" kicked off its season in rather stumbling fashion, with a new host and a number of changes as the ABC show sought to fit coronavirus protocols into its routine.

Tyra Banks took over as host, after the producers opted to replace longtime staple Tom Bergeron. Derek Hough also sat in as a judge for Len Goodman -- who appeared briefly via remote -- with the explanation that Goodman was unable to travel to the US from London due to Covid-19 restrictions.

The set had a new look, with the judges sitting socially distanced, and the contestants watching from an elevated platform above. But the really notable part wasn't so much the sights as the sound, with inserted crowd noise (compensating for the lack of a studio audience) that was so loud in the early going it nearly drowned out Banks, even though she was shouting over it.

The centerpiece among the contestants, meanwhile, was clearly animal activist Carole Baskin, made famous, and notorious, by the Netflix unscripted series "Tiger King." She danced, seemingly inevitably, to Survivor's "Eye of the Tiger," garnering the lowest score of the night from the judges. Disney Channel star Skai Jackson and "One Day at a Time's" Justina Machado tied for first.

"Dancing" essentially kicks off a fall TV season (even though it doesn't officially begin until next week) that will see the broadcast networks present a marked increase in unscripted programs, which were able to get back into production faster than conventional dramas and sitcoms during the pandemic. In this case, some of the methods used mirrored those being employed on sports broadcasts, which have also sought to replace crowds with visual and sound effects.

While shows like Fox's "The Masked Singer" will be back next week -- like "Dancing," in an altered form -- the networks are relying on acquisitions of scripted fare to keep the lights on until stalwarts like "This is Us" and "Grey's Anatomy" can return in a few months.