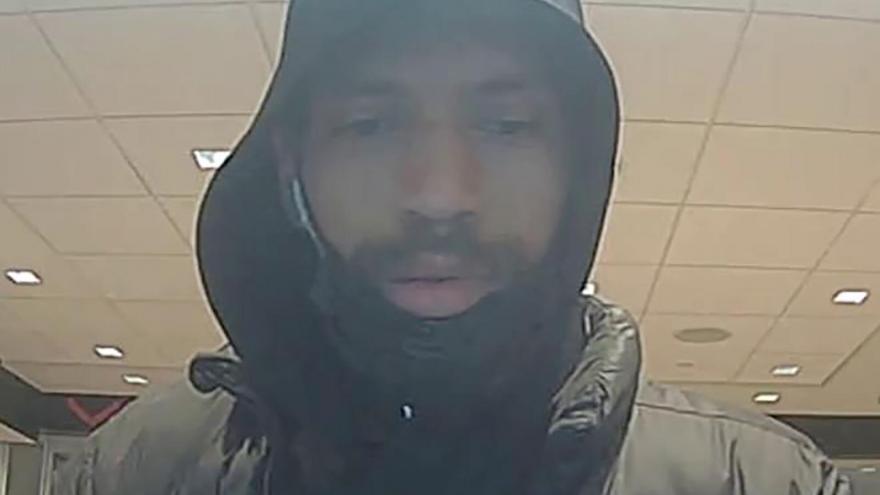 (CNN) -- The man arrested in connection with five separate shootings of homeless men in New York City and Washington, DC, was identified by DC authorities as Gerald Brevard.

Brevard, 30, from DC, has been charged with assault with a dangerous weapon (gun), assault with intent to kill (gun), and first-degree murder while armed (gun) for the offenses that took place in DC, Metropolitan Police Chief Robert Contee said at a news conference Tuesday afternoon.

Authorities say they have not information about a motive at this time are not certain about any connections the suspect might have to the victims, the chief said.

Additional charges for the offenses committed in New York are anticipated, the chief said. Officials there have not charged the suspect at this time.

CNN was not immediately able to identify an attorney for Brevard.

Officials in both cities announced earlier in the day that a suspect had been arrested.

"This case is an example of what happens when there is good police work, science and community support," Contee said. "It's a demonstration of how quickly we can close homicide cases when all three of those things are working together."

A gun has not been recovered as part of the investigation, Contee said.

Two men died in the attacks, which unfolded between March 3 and 12. DC authorities identified one of the victims as 54-year-old Morgan Holmes. Other victims' identities have not been publicly released.

Ballistics evidence linked all five shootings to the same gun, said the special agent in charge of the federal Bureau of Alcohol, Tobacco, Firearms and Explosives Washington Field Division.

"The National Integrated Ballistic Information Network (NIBIN) was particularly crucial in this investigation, allowing us to quickly match ballistic evidence connecting all five shootings to the same firearm," Charlie Patterson said in a statement.

ATF and DC police had been investigating the three Washington shootings when two more happened in New York.

A DC police captain, who is a New York native, regularly kept up with New York social media accounts and noticed a photo of a suspect who had allegedly shot a homeless person, Contee said Tuesday. The captain flagged that information to his team and they contacted New York authorities and compared the information they had.

Federal officials knew the suspect's identity by midday Monday, a law enforcement official told CNN. And ATF tracked and searched for him in Washington, the source said.

An ATF team found the suspect traveling on foot after he had crossed the Pennsylvania Avenue Bridge and made his way to near a gas station, where he was arrested, the official said.

-- The first shooting happened around 4 a.m. on March 3 in Washington, police there said Sunday. Officers responded to a call of shots fired and found a man suffering from apparent gunshot wounds in the 1100 block of New York Avenue Northeast. He was treated at a hospital for non-life-threatening injuries, the statement said.

-- The second shooting was reported around 1:21 a.m. March 8 in the 1700 block of H Street Northeast, Washington police said. Officers found a man suffering from apparent gunshot wounds, and he was taken to the hospital with non-life-threatening injuries.

-- A little after 2:50 a.m. on March 9, a DC Police member noticed a fire in the 400 block of New York Avenue Northeast. A man's remains were discovered after the flames were extinguished. Police said the cause of death was determined to be multiple stab and gunshot wounds. The victim was identified as Holmes, of no fixed address, DC police said.

-- The fourth and fifth shootings occurred in New York City early Saturday, March 12. The attacks happened about 90 minutes apart in Lower Manhattan and were caught on surveillance cameras, the New York Police Department said. Police described what the videos showed but did not release them to CNN.

In one of the New York shootings, video shows a man who appears to be experiencing homelessness sleeping near the corner of King Street and Varick when an attacker approaches and shoots him in his forearm, NYPD Deputy Chief Commanding Officer Henry Sautner said Saturday.

The man wakes up and shouts, "What are you doing?" at the shooter, who then runs away, Sautner said. The 38-year-old victim was taken to a hospital for treatment.

The other New York shooting happened around 6 a.m. outside 148 Lafayette Street. There, officers found a man in a sleeping bag with gunshot wounds to his head and neck, Sautner said. He was pronounced dead at the scene.

The NYPD directed its members to do wellness checks on people who appear homeless, according to a memo obtained by CNN.

"Our homeless population is one of our most vulnerable, and an individual preying on them as they sleep is an exceptionally heinous crime," NYPD Commissioner Keechant Sewell joined DC Mayor Muriel Bowser on Monday at a news conference in Washington.

The mayor of Washington stressed the need for safety for those without shelter.

"We're working very hard to have our unhoused neighbors in shelter or in housing and working through tent encampments ... so that we can provide our residents with housing and shelter," Bowser told Bloomberg.

"We know that this pandemic has upended a lot of our systems, our homeless system being one of them."