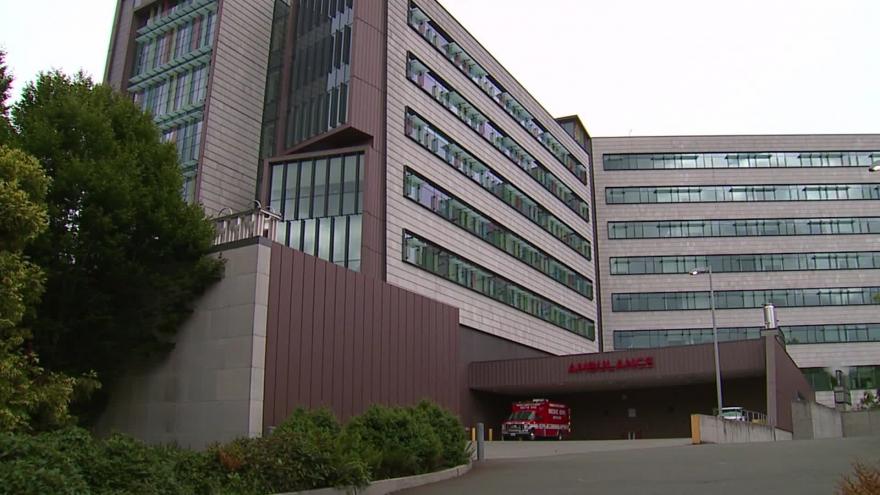 Seattle Children\'s Hospital knew for years that a mold infestation in its facilities could be related to its air-handling system, but \"engaged in a cover-up\" that sickened many patients and resulted in the deaths of six children, according to a class-action lawsuit. Source: KCPQ
By Madeline Holcombe, CNN

(CNN) -- Seattle Children's Hospital knew for years that a mold infestation in its facilities could be related to its air-handling system, but "engaged in a cover-up" that sickened many patients and resulted in the deaths of six children, according to a class-action lawsuit filed Monday.

The lawsuit was filed on behalf of patients who sought treatment at the hospital and became infected by mold. It claims that Seattle Children's knew since at least 2005 when a family sued the hospital that Aspergillus mold, which is especially dangerous to those with an already weakened immune system, could be transmitted through its air-handling system.

The hospital "engaged in a cover-up designed to reassure its patients, doctors, nurses, and the public that its premises were safe, when in fact they were not," the lawsuit says.

The suit says doctors and nursing staff were not aware that the facilities were unsafe for their procedures.

"We are incredibly sorry for the hurt experienced by these families and regret that recent developments have caused additional grief. Out of respect for privacy, we do not intend to share details about our patients or comment on specific cases or legal action," the hospital said in a statement Monday.

Seattle Children's Hospital shut down its operating rooms twice this year after air tests detected the common mold in the air. One patient died and six more were sickened in that outbreak. But between 2001 and 2014, seven patients developed the same infection and five of those children died, hospital CEO Dr. Jeff Sperring said last month.

"At the time, we believed most of these were isolated infections," he said. "However, we now believe that these infections were likely caused by the air handling systems that serve our operating rooms."

"Looking back, we should have recognized these connections sooner."

The lawsuit alleges, however, that internal communication about "systemic problems" with the air-handling system's maintenance show the hospital should have been aware of risks as early as 2000.

During 2002 and 2003, the suit claims, a professional engineering consultant alerted the hospital to concerns about the air-handling system including failure to test equipment, water leaks, plugged screens, live and dead birds in fan shafts and "overall filthy condition of all air-handling units."

The hospital's lead engineer at the time also identified bird debris and claimed the units were "rotting out."

In 2005, a family sued Seattle Children's Hospital over an Aspergillus infection, but the hospital confidentially settled in 2008. The current suit alleges that the hospital was keeping a "deadly secret" to reassure staff and the public of a safety it was lacking.

The lawsuit documents several specific cases and goes into detail about how they were impacted by the Aspergillus and what it calls the hospital's failure to act.

Patients in the suit are described as having been infected with mold after coming to the hospital for procedures including the placement of a port and heart surgery.

The suit is seeking class action status from the court and damages to the plaintiffs and others who join the class action "in amounts to be proven at trial."