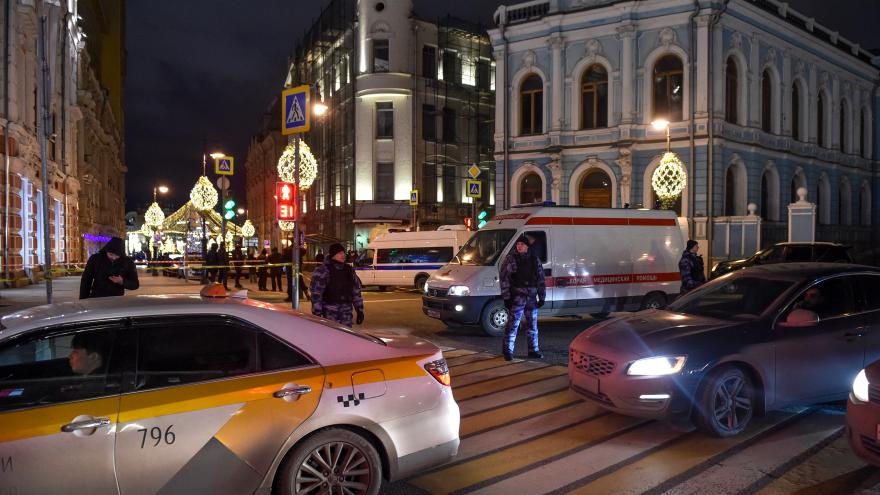 (CNN) -- At least one person has been killed after a gunman opened fire near the headquarters of Russia's main intelligence agency in Moscow, Russian state news agency RIA Novosti reported.

Social media footage from the scene captured the sounds of gunshots and screams as people fled the area.

Russian state TV channel Rossiya 24 said that the perpetrator had been "neutralized." Traffic in the area was blocked in the wake of the incident, according to the Center for Traffic Management (DPC).

A police cordon remained in place after the shooting and emergency vehicles and cars were parked outside the FSB's headquarters.

The FSB, which Russian President Vladimir Putin used to head, is the successor agency to the former Soviet Union's KGB.

At the time of the shooting, Putin was giving a welcome speech at a concert nearby in honor of Russia's security service workers' day. Putin has been briefed on the incident, Kremlin spokesman Dmitry Peskov told the state-run news agency Tass.

According to Russia's Investigative Committee a criminal investigation into the incident has been opened, spokeswoman Svetlana Petrenko told TASS.

Gun laws in Russia are strict and mass shootings are a rare occurrence. While citizens can acquire firearms for hunting or sport, they are required to undergo a thorough background check in order to obtain a license.