Death of H.R. McMaster's father being investigated as 'suspicious' 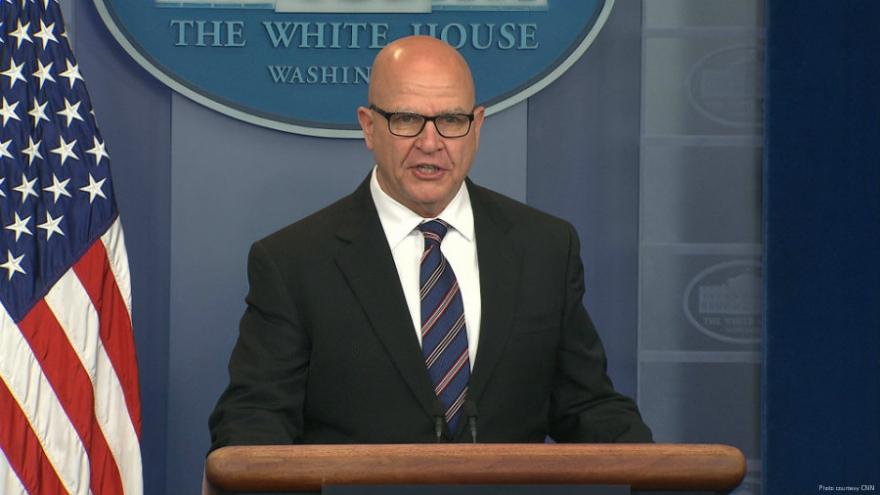 H.R. McMaster Sr., the father of the military general and former national security adviser to President Donald Trump, died last Friday of blunt impact head trauma, according to the Philadelphia Department of Health. His death was ruled an accident, said James Garrow, a department spokesman.

Police didn't elaborate on why his death is being treated as suspicious.

The elder McMaster was a resident at Cathedral Village, a continuing care retirement facility in Philadelphia.

The Pennsylvania attorney general's office is working with the Philadelphia police to "thoroughly and carefully review this tragic incident," said Joe Grace, spokesman for Attorney General Josh Shapiro. The investigation is in its "very early" stages, according to Grace.

"As soon as we became aware of the alleged incident, we began an internal investigation and contacted the appropriate authorities," Cathedral Village said in a statement to CNN.

"We want to reassure you that the safety and welfare of every resident at Cathedral Village remains our utmost priority and we will continue to make every effort to ensure their well-being. It would be inappropriate to comment further until the investigation is complete."

Trump named H.R. McMaster Jr. as his national security adviser in February 2017 after the sudden dismissal of Michael Flynn. McMaster resigned in late March and was replaced by John Bolton.

According to online records from the Pennsylvania Department of Health, Cathedral Village received a number of citations in the past two years for failing to meet standards of patient care.

On August 22, 2017, the facility "failed to follow physician's orders" after one of the residents received hip surgery, records state. The patient's doctor had ordered that a new dressing be applied to the surgical incision "one time daily and as needed for saturation," but the resident's dressing "was completely saturated" with a large amount of blood and yellow and brown drainage, which was found to be covering bedsheets and shorts. The resident said he'd repeatedly asked staff to change the dressing more often because of the amount of blood and drainage, according to the report.

On January 3, 2017, the facility received citations for a number of infractions, including a failure to make sure staff had proper and up-to-date credentials, failing to "thoroughly investigate injuries of unknown origin" for one resident, and failing to safely transfer another to his bed. An inspection a month later found "no deficient practice."

On March 1, 2016, records reveal, the facility received another series of citations. Among them was a citation for failing to report three allegations of abuse by two residents. Those complaints included claims that a resident staff member spoke to one resident in a way that felt "like the military." There also were complaints that on two other occasions a staff member was "rough" in handling a resident, records state.

The facility also was given citations in January 2016 for keeping inaccurate records.

In each of these instances, an inspection conducted weeks later determined no deficient practice or that the facility had corrected its practices.

"At Cathedral Village, nothing is more important to us than the health, safety and well-being of our residents," said Courtney Benhoff, a spokeswoman for Abel Communications, speaking on behalf of Cathedral Village. But Benhoff declined to comment on any of the specific citations the facility received in the past.