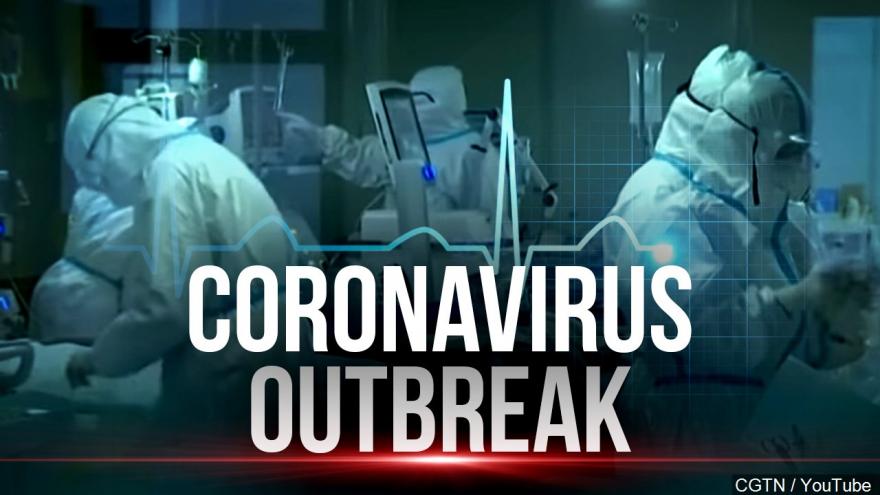 (CNN) -- Hong Kong announced Tuesday that it was closing many of its border crossings with mainland China in a bid to contain the Wuhan coronavirus, as the death toll from the outbreak topped 100, with more than 4,500 cases in the mainland.

Carrie Lam, chief executive of the semi-autonomous Chinese city, told a news conference that the closures would be "temporary," adding the city was also slashing the number of tourist visas it issues to visitors from mainland China, and halving the number of inbound flights from the mainland.

Authorities in Hubei, the Chinese province at the center of the outbreak, earlier said an additional 1,300 cases had been confirmed, bringing the total in the region to over 2,700. The majority of those are still in hospital, with more than 125 in critical condition. Between Sunday and Monday, there was a 65% jump in the number of reported cases in mainland China, from around 2,700 to over 4,500.

Elsewhere in China, cases have been confirmed in every province and territory except for Tibet, which this week announced the indefinite closure of all tourist attractions and a mandatory two-week quarantine for all travelers entering the region.

The move to close off Hong Kong comes after intense pressure from lawmakers and medical unions, one of which had threatened to strike if the border was not shut.

On Monday, the US Centers for Disease Control (CDC) issued a level 3 alert warning against "all nonessential travel to China" -- its highest alert on a scale of 1 to 3.

"There is an ongoing outbreak of respiratory illness caused by a novel (new) coronavirus that can be spread from person to person," the CDC said in a statement, warning "there is limited access to adequate medical care in affected areas."

More than a dozen countries around the world have confirmed cases of the Wuhan virus, as authorities struggle to stop its spread.

Across Asia, numerous countries have put in extra screening at airports and warned citizens to avoid travel to China. To China's north, neighboring Mongolia has imposed stringent border checks on travelers coming into the country, while Hong Kong earlier banned all visitors from Wuhan.

Indonesia and the Philippines have both introduced extra restrictions on Chinese tourists, while Japan has upgraded its response, allowing authorities to "force the suspicious cases for hospitalization and testing."

Speaking at a meeting with United Nations Secretary General Antonio Guterres Monday, China's ambassador to the UN said the country has "full capability and confidence in winning the battle against the epidemic."

"China has been working with the international community in the spirit of openness, transparency and scientific coordination. With a great sense of responsibility, China is sparing no effort in curbing the spread of disease and saving lives. Now is a crucial moment, and China has full capability and confidence in winning the battle against the epidemic."

Some 60 million people have been placed under travel restrictions in Hubei, with almost all movement in and out of Wuhan itself stopped and much of the city on lockdown.

Officials have also cracked down on the trade of wild animals, after the Wuhan coronavirus was linked to a seafood market selling exotic live mammals, including bats and civet cats, which have previously been linked to the 2003 SARS outbreak.

The first cases of the coronavirus were detected in Wuhan in mid-December. Since then the number of confirmed cases has increased a thousandfold, and infections have been reported worldwide.

Hospitals in Wuhan are already massively overstretched, and hundreds of emergency medical personnel have been dispatched to the city to help. Two new hospitals are also being built on the city's outskirts, due to be operational by next week.

Wuhan and Hubei officials have faced criticism for apparently downplaying the danger of the virus in the early weeks of the outbreak. There was a marked shift in the handling of the crisis once the national government got involved on January 22.

Despite the colossal effort -- and potential social and economic cost -- of effectively quarantining Hubei, it appears that this has come too late to stop the virus' spread. By the time Wuhan introduced even basic screening of travelers leaving the city, the virus had been reported in Japan, Thailand and South Korea, and spread to most of the rest of China.

Part of the problem is that the virus can apparently be spread before symptoms appear, according to China's health minister, Ma Xiaowei.

"It means the infection is much more contagious than we originally thought," William Schaffner, a longtime adviser to the US Centers for Disease Control and Prevention, told CNN. "This is worse than we anticipated."

While the current outbreak does not appear to be as deadly as SARS, which killed over 700 people worldwide, it may be spreading more rapidly. That could be due to being more contagious, or the increased interconnectedness of both China and the world than in 2003.

As of mid-March 2003, roughly a month after the World Health Organization (WHO) was alerted to SARS by Chinese authorities, and three months after the first cases were detected in China, the number of confirmed cases worldwide stood at around 3,200, with 159 confirmed deaths.

Fears of the virus' spread have led to calls for increased action in multiple countries and territories, not least in Hong Kong, where memories of SARS still run deep.

Effective midnight on Thursday until further notice, Lam said Hong Kong's measures also include decreasing the number of inbound buses from the mainland, and the suspension of cross-border coach services at the Hong Kong-Zuhai-Macau Bridge. All cross-border ferry services will also be suspended.

Operations at Hong Kong's West Kowloon Train Station -- which operates high speed rail services to the mainland -- will shut. Passenger services will also be temporarily suspended at the border crossings of Hung Hom, Sha Tau Kok, and Man Kam To.

In addition to the closing many of its borders with China, the city's government announced that government workers would be encouraged to work from home when the Lunar New Year holiday ends on Wednesday. The directive, which excluded emergency service workers and people who work for essential public services, urged the private sector to enforce similar arrangements.

The sweeping moves follow calls from one of the city's leading health experts for "substantial draconian measures" to limit population mobility in order to rein in the virus. Speaking at a news conference Monday, Gabriel Leung, chair of public health medicine at the University of Hong Kong, warned that the number of cases could potentially double every six days in the absence of decisive government action.

"This epidemic is growing at quite a fast rate and it's accelerating," said Leung, who is also the founding director of the WHO Collaborating Center for Infection Disease Epidemiology and Control in Hong Kong. He predicted the actual number of cases -- including those who are incubating the virus but not yet showing symptoms -- could be 10 times what has been reported.

Leung's team modeled two scenarios -- one with a population quarantine as has been seen in Wuhan and one without -- but found more or less identical results, because the virus has already spread to other major population centers in China, which could soon see their own self-sustaining epidemics.

Leung said the findings had concerned the team enough that it felt the need to alert the authorities and the public, predicting a peak of cases between April and May.

He added people need to prepare for a potential global pandemic -- though "not a certainty by any stretch of the imagination ... we must prepare better for it," he said.