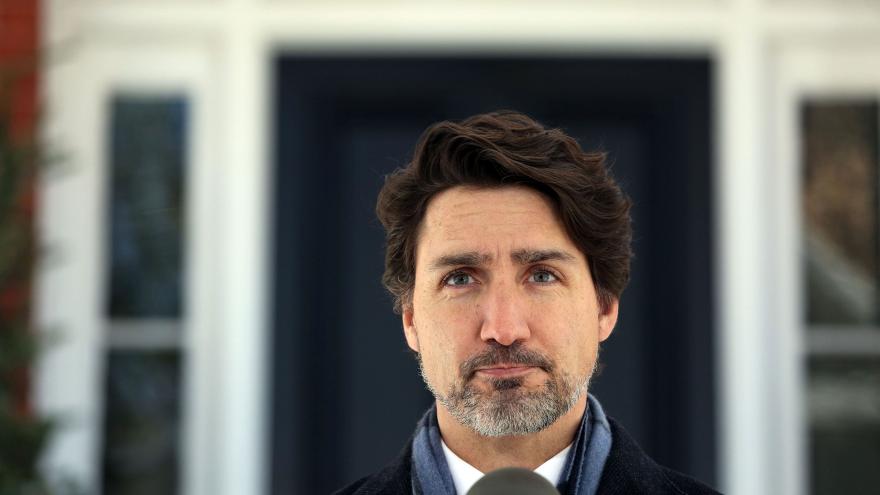 (CNN) -- The death toll in the Nova Scotia shooting rampage has risen to 22, police said Tuesday.

Police are still investigating 16 crime scenes after last weekend's shootings, when the gunman led police on a miles-long,12-hour manhunt across the Canadian province.

"We believe there to be 22 victims, including a 17-year-old," the Royal Canadian Mounted Police said in a statement Tuesday. The victims include a police constable, a corrections officer, a nurse and a teacher.

Gabriel Wortman, the gunman, died in a confrontation with police, the RCMP said. Authorities said he killed 22 people.

In the wake of the shootings, Prime Minister Justin Trudeau said his administration is moving ahead with stricter gun laws.

"In regards to gun control, we took very serious commitments in the election campaign and have moved forward -- and are moving forward on them -- to ensure that we're strengthening gun control in this country," Trudeau told reporters Monday, according to CNN media partner CTV News.

The crime scenes include five where devastating fires were set by the suspected gunman, police believe,. RCMP have now recovered remains from some of the fire sites, police said.

Authorities have not said what kind of weapons the gunman used.

Trudeau said while campaigning last year that he wanted to ban assault-style weapons across Canada and set up a buyback program for all military-grade weapons that had been legally purchased. Legislation was about to be introduced when Parliament was suspended over the coronavirus pandemic, Trudeau said.

Nova Scotia Premier Stephen McNeil called the shootings one of the most senseless acts of violence in the province's history.

"I never imagined when I went to bed last night that I would wake up to the horrific news that an active shooter was on the loose in Nova Scotia," he said.

A passionate teacher and a 23-year police veteran killed

Among the victims was elementary school educator Lisa McCully, who worked at Debert Elementary School, according to the Nova Scotia Teachers' Union, which described her a "passionate teacher" and a "shining love" in her friends' and family's lives.

Constable Heidi Stevenson was also killed. It isn't clear when in the rampage she was killed, but she and another officer tried to run the gunman's vehicle off the road, a law enforcement source familiar with the investigation told CNN.

Stevenson was killed and the other officer was injured in an ensuing exchange of gunfire, the source said.

The other officer was hospitalized, the RCMP said on Facebook. The injured officer is recovering from gunshot wounds at home, police said.

"It is with tremendous sadness that I share with you that we lost Cst. Heidi Stevenson, a 23-year veteran of the force," said Lee Bergerman, the RCMP's commanding officer in Nova Scotia. "Two children have lost their mother and a husband his wife. Parents lost their daughter and countless others lost an incredible friend and colleague."

The chaos began when police were first called to a "firearms complaint" at a property in the quiet town of Portapique on Cobequid Bay onSaturday at 10:30 p.m. (9:30 p.m. ET). Police found several casualties in and outside the home, said Chris Leather, a RCMP chief superintendent and criminal operations officer in Nova Scotia.

Investigators believe the incident began with a domestic violence incident at a home in Portapique, where Wortman was trying to find his former significant other, the law enforcement source familiar with the investigation said.

Wortman killed two people there before he fled, the source said.

The gunman was wearing either an RCMP uniform or a convincing replica, while driving a car that appeared to be a police vehicle, Leather said. Wortman was not employed by the RCMP, authorities said.

Authorities believe he then began pulling over random motorists and executing them, the law enforcement source said. He was involved in a traffic accident and ditched his fake police cruiser for a vehicle stolen from a motorist, the source said.

"His ability to move around the province undetected was surely greatly benefited by the fact that he had a vehicle that looked identical in every way to a marked police car," Leather said.

Wortman was later seen in Central Onslow and farther south in Brookfield, where police updated the suspect's vehicle description to a silver Chevy Tracker.

Wortman was involved in a "serious criminal event" in Shubenacadie, about 15 miles south of Brookfield, the RCMP's Serious Incident Response Team said.

Witnesses recalled hearing multiple gunshots in the area, according to CTV News.

Several burned-out vehicles, which may have been police cruisers, sat along the highway, the station reported.

"I hear the shots and ... there's a guy running back and forth up beside what looks to be a police vehicle," a witness at the scene told the station. "Then after a short bit I saw fire."

Following the incident in Shubenacadie, Wortman continued south to Milford and was ultimately found at a truck stop in Enfield between 11 a.m. and noon Sunday, about 12 hours after the initial 911 call to police.

Truck driver Tom Nurani was at the truck stop when he heard a staff member frantically shouting, he told CTV News.

"'Oh my God, lock the doors! He's here!'" Nurani recalled the woman saying. "I peek out of the window, and I saw some RCMP vehicles, and there was four or five uniforms with guns."

Witness Glen Hines was driving past when he heard gunfire, he told the station.

"All I could hear was gunshots and my wife. I thought I was going to call 911 because she was going into panic, it scared her so bad," Hines said.

Wortman was killed in a shootout with police in Enfield, about 60 miles from the initial crime scene, Leather said.