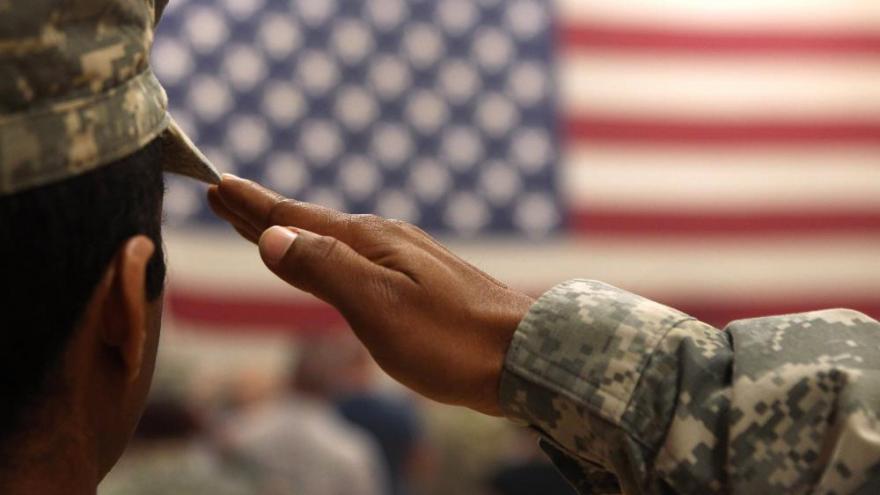 (CNN) -- The Department of Defense has failed to adequately track and prevent cases of sexual harassment and sexual assault involving its civilian workforce, the Government Accountability Office is warning in a new report, despite taking such measures for service members.

The civilian workforce, which numbers nearly 900,000, makes up a significant portion of the nearly 3 million Defensse Department employees. In 2018, the department estimated that nearly 50,000 civilian employees had experienced sexual harassment and about 2,500 employees had experienced work-related sexual assault, based on employee self-survey results. But the department only recorded 370 civilian employee victims of sexual assault over a 5-year period, a fraction of the estimated cases.

The GAO found that not all Defense Department components have access to the centralized database for collecting information about reports of sexual assault. Though the department has taken steps to estimate the prevalence of sexual assault and harassment in its civilian workforce, "the results are not widely distributed to all relevant offices with responsibilities for preventing and responding to such incidents."

The watchdog report takes on an added urgency in light of Defense Secretary Lloyd Austin's commitment to do more to rid the military of the "scourge of sexual assault," as he wrote in his first directive after his swearing in. Austin gave the services two weeks to report on the sexual harassment and sexual assault accountability measures taken within the last year, instructing Pentagon leaders to focus on how they're ensuring the proper use of programs and policies. Austin's directive followed an order from President Joe Biden for a 90-day commission to find solutions to sexual assault in the military.

On Monday, Pentagon spokesman John Kirby said that the department's personnel and readiness directorate had received the reports from the services, and he expected that Austin would review the reports by midweek. In addition, Kirby also said the services had put forward senior uniformed and civilian leaders to serve as members of the 90-day commission. When contacted by CNN, the services declined to identify who they had identified to serve on the commission, deferring to the Office of the Secretary of Defense.

"These reports from the services will help inform the secretary's establishment and conduct of the 90-day commission that President Biden ordered which DoD will run," Kirby said.

Austin's directive does not specifically mention civilian employees, though it is broadly addressed to senior Pentagon leadership, commanders of the combatant commands, and defense agency and Defense Department field directors.

The GAO pinpointed three areas for improvement: visibility over incidents of sexual harassment and sexual assault involving civilian workers, responding to such incidents after they're reported, and putting in place effective training and prevention efforts. Following a report of sexual assault, the GAO also found that service members and civilian employees receive different levels of support in key areas, such as reporting options, victim advocacy, and legal services.

The government watchdog issued a series of 19 recommendations to the Department of Defense to improve the tracking and monitoring of reports of sexual harassment and sexual assault, as well as guidance to make processes related to such incidents uniform across the department. The authors of the report said that "DoD generally concurred with the recommendations and stated that it was currently taking steps to address them."