Defiance, outrage as protesters rally to keep immigrant families together 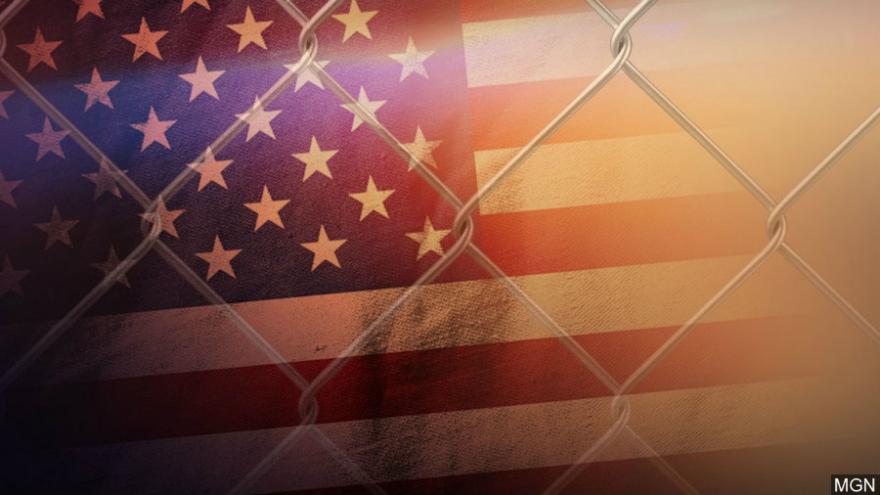 (CNN) -- They were defiant, outraged and determined. And they had a loud message for the world: Families belong together.

Galvanized by images of migrant children separated from their parents at the US southern border, they carried signs, chanted and called for an end to family separations.

They demanded the government quickly reunite families, their pleas echoing in cities from Washington to Los Angeles to Chicago, Atlanta, Milwaukee, San Francisco and beyond.

Here are top moments from the marches:

The creator of the hit musical "Hamilton" dedicated a song to parents who are separated from their children.

"We're here because there's parents right now who can't sing lullabies to their kids," Lin-Manuel Miranda told the crowd in the nation's capital. "We're not going to stop until they can sing to their kids again."

With that, he launched into "Dear Theodosia," which tells the story of parents trying to make a better world for their children. In the musical, the lullaby is sung by two of America's founding fathers, Alexander Hamilton and Aaron Burr.

US Rep. Maxine Waters spoke directly to the President about his immigration policies. And she was angry.

"How dare you?" Waters, a Democrat from California, said at the Los Angeles rally. "How dare you take the babies from mothers' arms? How dare you take the children and send them all across the country into so-called detention centers? Donald Trump, you think you can get away with everything, but you have gone too far when you are trying to break up families in the way that you do."

Protesters marched by the White House in Washington, as well as the Trump International Hotel on Pennsylvania Avenue. They yelled, "shame, shame, shame" and "Hey, hey, ho, ho, Donald trump has got to go." In New York City, thousands marched across the Brooklyn Bridge and massed outside Trump Tower to chant and wave signs.

But President Trump was not in either place.

Trump and his family stayed at Trump National Golf Club in New Jersey for the weekend. Protesters followed, of course, but they only got as close as downtown Bedminster, New Jersey, about 4 miles from the golf club.

It was blistering hot in some parts of the nation, with daytime temperatures hovering close to 90s and organizers urging crowds to drink water.

The protesters on the streets of Chicago found relief when the fire department sprayed them with water on the street.

Firetrucks sprayed water on the crowds in Washington, too, where two people were taken to a hospital for heat emergencies, DC Fire and EMS said.

US Sen. Elizabeth Warren joined the chorus of Democrats calling for US Immigration and Customs Enforcement to be replaced.

"The President's deeply immoral actions have made it obvious -- we need to rebuild our immigration system from top to bottom, starting by replacing ICE with something that reflects our morality and that works," Warren said at a rally in Boston.

"We stand up and we say: Not on our watch. Not while we have something to say about it," he said.

A child stole the show in Washington.

"I don't like to live with this fear. It's scary. I can't sleep. I can't study. I am stressed," she said. "I am afraid that they will take my mom away while she is at work, out driving or at home."

Singer John Legend had a passionate message for people at the rally in Los Angeles.

He also had a musical gift. Legend sat down at a piano and played a new song, "Preach," which he said "feels right for this moment."

Legend was introduced by his wife, Chrissy Teigen, who was holding their infant son. Legend was one of several celebrities who attended the marches nationwide.

In Washington, actress America Ferrera read a letter from a Salvadoran grandfather who lives in Oakland, California. He is separated from his granddaughter, who is being held in Manvel, Texas.

He wants her to come live with him, and was visited by a home investigator.

Singer Alicia Keys read an affidavit from a woman who wanted to know why her son was still detained at a facility in Oregon. Keys brought her 7-year-old son, Egypt.

Two women from Fayetteville, North Carolina, traveled to Washington. They both said this was their first protest.

"Separating a child from a parent -- as a parent -- is the most inhumane thing ever," said Allison Thompson, who said she's a Republican and the mother of two kids. "There is just nothing worse to me."

Carrie Amabile carried a sign that said "Love thy neighbor."

"I shared with my daughters a video of the children's detention centers and we cried," Amabile said.

In Atlanta, protesters carried a dog crate with baby dolls inside it, an apparent reference to the chain-link fences some migrants -- including children -- have been kept behind. During the protests, US Rep. John Lewis and others criticized the Trump administration for separating children. "We must teach people in power that we will not be satisfied with the order of things," Lewis said.