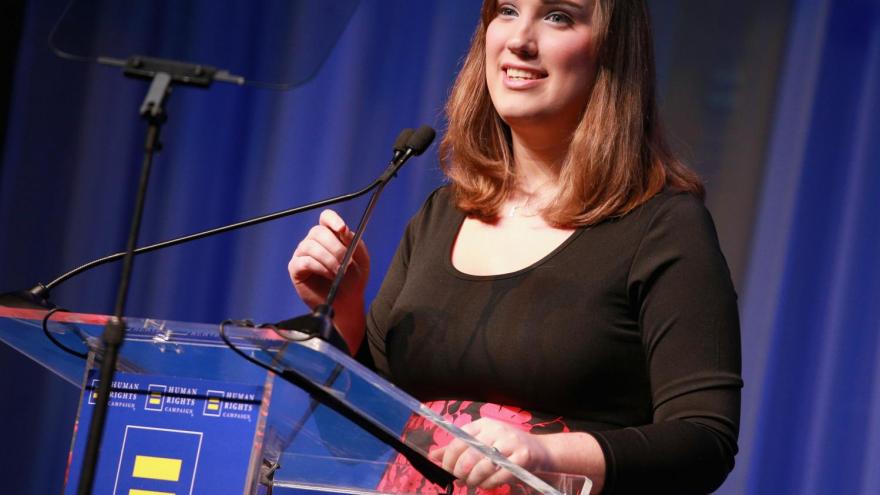 (CNN) -- Democratic activist Sarah McBride will become the nation's first person who publicly identifies as transgender to serve as a state senator, after winning Tuesday's election in Delaware, CNN projects.

McBride, a former spokesperson for the Human Rights Campaign, overwhelmingly beat Republican candidate Steve Washington in Delaware's 1st District, a heavily Democratic district that includes the city of Wilmington. She won about 73% of the vote, according to unofficial results from the Delaware Department of Elections.

Her win Tuesday also makes her Delaware's first out LGBTQ person elected to the state's legislature.

"I hope tonight shows an LGBTQ kid that our democracy is big enough for them, too," McBride tweeted Tuesday night. "As Delaware continues to face the Covid crisis, it's time to get to work to invest in the policies that will make a difference for working families."

In 2013, she advocated for the passage of Delaware's gender identity non-discrimination act, which was signed into law that year.

Alphonso David, the president of the Human Rights Campaign, said McBride "made history not just for herself but for our entire community."

"She gives a voice to the marginalized as a representative and an advocate," David said in a statement. "This victory, the first of what I expect to be many in her career, shows that any person can achieve their dream, no matter their gender identity or sexual orientation.

The head of a political action committee that aims to elect LGBTQ people to public office touted McBride's victory and said it will "inspire more trans people to follow in her footsteps and run for public office."

"Sarah's overwhelming victory is a powerful testament to the growing influence of transgender leaders in our politics and gives hope to countless trans people looking toward a brighter future," Annise Parker, the former mayor of Houston and current President of the LGBTQ Victory Fund, said in a statement Tuesday.