Delta cancels more than 500 flights this week amid crew shortages 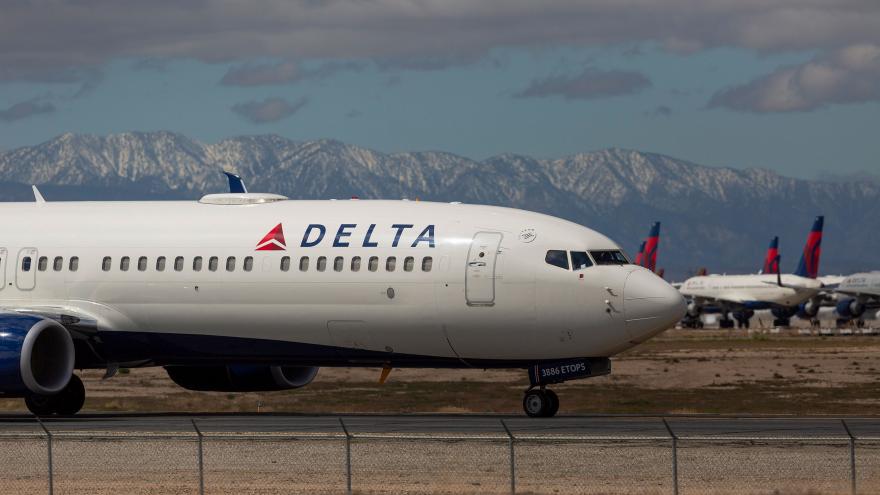 Originally Published: 27 NOV 20 18:13 ET
By Gregory Wallace and Pete Muntean
(CNN) -- A surge in Thanksgiving demand is taxing Delta Air Lines' pandemic-era workforce. The carrier was forced to cancel hundreds of flights this week, according to its pilot union and the airline.

Delta ultimately canceled nearly one in every five flights it was scheduled to operate on Thanksgiving Day, and has dropped in total more than 500 flights this week, even as air travel has been picking up in the last few weeks. The airline said it expects its system to return to normal over the weekend.

The Air Line Pilots Association, the union that represents Delta pilots, said staffing reductions due to the coronavirus pandemic and the drop-off in travel "have left a smaller pool of pilots qualified and ready to fly in the fleets that are seeing an increased demand over this holiday."

Delta said Wednesday that a "number of factors have pressured our ability to timely staff some of our scheduled holiday flights" but did not specify the issues.

After distributing the November employee schedules last month, Delta added flights to its schedule and asked for volunteers to cover those flights, according to a source familiar with the situation. But when there were not enough employees to cover those legs, the airline was forced to cancel some of them.

The airline declined to comment on that explanation. The Delta Master Executive Council at the Air Line Pilots Association said its pilots have stepped up to take on extra flights over the holiday period and receive the incentive of premium pay for picking up extra legs.

But when demand surged this week, the heavy cuts to the aviation system due to the coronavirus began to show.

Airline passenger traffic is currently only about 40% of what it was last year, according to data from the Transportation Security Administration, and US airlines are running 43% fewer flights.

Delta and other US airlines responded to the drop in demand by cutting employee ranks. Work schedules were reduced, 1,800 pilots retired early, and others were placed on inactive status or are in line for training because the model of planes they flew were retired.

Employee unions and executives at the major US airlines have called for a multi-billion extension of a payroll support program that kept their employees on the job through September. Legislation to do that includes other stimulus and has stalled in Washington.

The airlines have seen a relative surge in bookings this week as distanced families reunite for Thanksgiving dinner and college students are booted from university housing. More than one million people have crossed through TSA checkpoints only four times since the spring -- and three of those days were in the last week.

Travelers are also booking closer to their departure dates, airlines have said, giving the companies less visibility when arranging schedules more than a month in advance.

In a statement, the union said the scheduling issue cannot be attributed to crews calling out sick because of the coronavirus.

"While we have recently seen an uptick in COIVD cases with our pilots over the last few weeks concurrent with the nationwide increases, cancellation numbers would not suggest that COVID issues are the cause in this case," Chris Riggins, a Delta first officer and ALPA spokesman, said in the union statement. "It's also important to note that sick calls are down over last year despite being embroiled in a global pandemic."