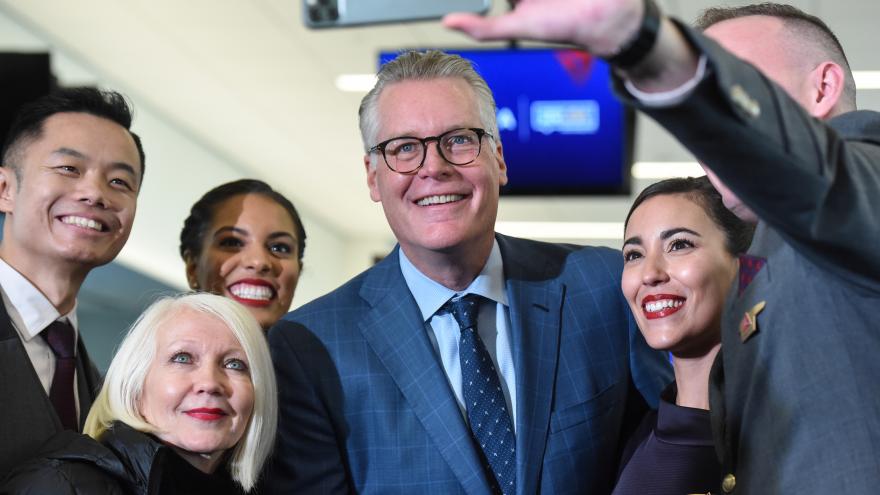 (CNN) -- Delta Air Lines had a very good year last year. Instead of just verbally thanking its employees for the company's strong performance, it announced it would pay them $1.6 billion in profit-sharing bonuses.

That means every eligible employee will receive a check next month for 16.6% of their annual salary, which is the equivalent of an additional two months' pay.

"Delta would be nothing without our 90,000 people. They deserve all the credit," Delta CEO Ed Bastian said on LinkedIn.

The profit payout to employees for 2019 is a record amount. It is also the sixth year in a rowthat the company has paid out more than $1 billion to workers, a Delta spokesperson said. The profit-sharing plan started in 2012 following Delta's merger with Northwest.

The company's profit-sharing bonusis on top of all the other financial benefits it normally provides employees, such asa 401(k) match andother bonus programs for rank-and-file workers, according to the spokesperson.

Full-time and part-time workers, whether or not they're unionized, will be getting checks. The only people excluded from the profit-sharing plan are the company's officers, directors and general managers, although they will be paid their ownperformance-based bonuses.

Delta's employee payout is good business, said Joseph Blasi, director of the Institute for the Study of Employee Ownership and Profit Sharing at Rutgers University.

Direct cash payments are not the only way companies can share profits with workers. Some make profit-sharing contributionsto workers' retirement accounts or pay them in stock.

Profit sharing is one way to demonstratewhat members of the Business Roundtable have said is a corporation's purpose: to serve all stakeholders, including employees.

"For years I would get beaten up by Wall Street. They thought the profits were theirs. ... [But] Wall Street has actually come full circle and they realize Delta is the most awarded airline because of its employees. And they're happy we're making certain that our employees know that," Bastian said at a local chamber of commerce event in Marietta, Georgia, last week.

Delta is hardly the only company to offer a cash-based profit-sharing plan. But such plans are most common in the airline and auto industries, Blasi said.

Since 2015, GM, Ford and Fiat Chrysler, for example, wrote nearly $5 billion combined in checks to their workers, which is the equivalent of six months' extra pay per employee, according to Automotive News.

Such high payouts are not the norm, however.

According to a 2018 survey conducted by NORC at the University of Chicago, 38% of adult US workers said they receive cash profit-sharing, but the median amount reported was just $2,000, or 5% of pay.