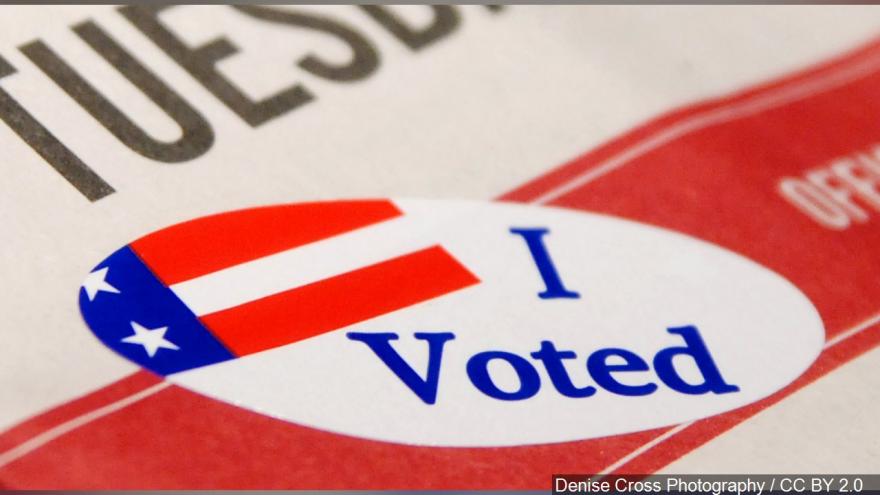 A Democratic victory in the governor's race in Kentucky, a state President Donald Trump won by 30 percentage points in 2016, showed partisanship alone isn't enough to overcome a candidate's unpopularity -- and that Trump, Vice President Mike Pence and the national Republican infrastructure were unable to provide the last-minute boost that Bevin needed.

Bevin aligned himself with Trump and has been a vocal opponent of the impeachment inquiry into the President. Bevin had the strong backing of the President, and Trump held a rally in Lexington, Kentucky, the night before the election.

Democrats also won big in Virginia, where CNN projects the party will flip both chambers of the Virginia legislature, taking control of the state Senate and the House of Delegates.

Meanwhile, in Mississippi, CNN projected a win for Republicans, with Lt. Gov. Tate Reeves defeating Attorney General Jim Hood, a Democrat, in the race for governor.

In Kentucky, Beshear told supporters that his victory sent a message: "That our values, and how we treat each other is still more important than our party. That what unites us as Kentuckians is still stronger than any national divisions."

Beshear was elected attorney general of Kentucky in 2015, and is the son of Steve Beshear, Bevin's predecessor.

At his own election party on Tuesday night, Bevin, told supporters in Louisville: "Would it be a Bevin race if it wasn't a squeaker? I mean, come on. I mean, really and truly, this is a close, close race. We are not conceding this race by any stretch."

Bevin, elected governor in 2015, is a deeply unpopular figure in Kentucky. He has faced backlash for seeking to undercut the state's Medicaid expansion and calling teachers "selfish" and accusing them of a "thug mentality" when they protested after he threatened to cut their pensions.

Still, Democrats' victory in a state that Trump carried by 30 percentage points in the 2016 election could be seen as an ominous sign for the President heading into his 2020 reelection bid. The result showed that Trump wasn't able to carry his preferred candidate over the finish line. It was also a potential sign that Democrats' start of impeachment proceedings against Trump has not yet triggered enough anger within the GOP base, or backlash among independents and moderates, to benefit Republicans.

Trump campaign manager Brad Parscale said Tuesday that Trump "just about dragged Gov. Matt Bevin across the finish line." In a statement, Parscale said the President helped Bevin "run stronger than expected in what turned into a very close race at the end."

As the projections in Beshear's favor began, Kentucky Republicans rushed to distance themselves from Bevin, pointing to the governor's high disapproval ratings and general dislike to put this night on Bevin alone.

One GOP Kentucky adviser said of Bevin: "Turns out it's not too popular to cut teacher pensions -- among other fights he picked."

Senate Majority Leader Mitch McConnell, who also appeared with Trump at his Kentucky rally this week, told aides earlier on Tuesday he expected Bevin to pull this race out. It's far too soon to say whether this spells trouble for McConnell, who faces reelection next year.

Democrats take Virginia legislature while Republicans hold on in Mississippi

In Virginia, Democrats taking control of the House and Senate has huge implications. It opens the door for state lawmakers to pass measures Republicans have long opposed, including gun legislation reform and raising the minimum wage. It also positions the party to control the next round of redistricting ahead of the 2020 census.

The result on Tuesday night was a continuation of the years-long collapse of the GOP in what until recently had been a swing state. Virginia voted for George W. Bush in the 2004 presidential election and elected Republican Bob McDonnell governor in 2009, but the state has backed Democratic presidential and gubernatorial candidates since those elections.

The victories completed a Democratic comeback in the state Legislature that began in 2017, when Democrats made major gains, largely through suburban districts, and Northam won handily in an early sign of backlash over Trump's presidency.

That election left the GOP with a 51-49 House majority and a 21-19 advantage in the Senate, and Democrats immediately began targeting legislative seats in hopes of winning control this year.

Democrats poured a record-breaking amount of money into Virginia, which has long been a bellwether for national wins and has drifted left in recent years.

Trump tweeted Tuesday his congratulations to Reeves. "Our big Rally on Friday night moved the numbers from a tie to a big WIN. Great reaction under pressure Tate!" Trump won Mississippi by about 18 points in 2016.

Both Trump and Vice President Mike Pence traveled to Mississippi in recent days to campaign for Reeves, who has served as the state's lieutenant governor since 2011. With Reeves' win, the Republican Party will continue to control the governor's office and majorities in both state legislative chambers in Mississippi.

Hood spoke at his election watch party on Tuesday, congratulating Reeves on his victory.

"Looks like the next governor will be Tate Reeves, I just called Tate and congratulate him on a good race," Hood told supporters at his headquarters. "I'll be praying for him and his administration and I intend to work with them in the transition."