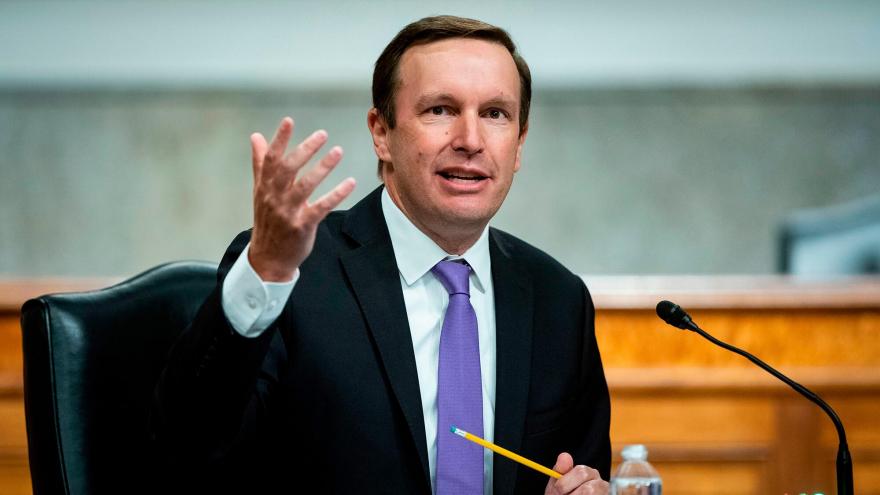 Sen. Chris Murphy, seen here in Washington, DC, on June 30, 2020, said he continues to work with his Republican and Democratic colleagues to pass gun safety legislation, especially after the deadly school shooting last week in Michigan.

"The fact of matter is we have the votes in the House, in the Senate, for universal background checks bill. We have a President who will sign it," he told CNN's Jake Tapper on "State of the Union." "It's the rules of the Senate that prevent us from passing and we probably have 52, 53, 54 votes in the Senate for this. So the rules right now are what prevents us from being able to enact the will of the public."

He added he was hopeful senators can resume negotiations on legislation that would close the gun show loophole.

"I wish my Republican colleagues didn't sort of have epiphanies on this issue only after mass school shootings, but that tends to be what happens," he said. "And so my hope is that in the next couple of weeks we can get back to the table and see if we can, at the very least, as you said, maybe close the gun show loophole. That alone would save a lot of lives."

He also said he believes a safe storage policy for guns could be a bipartisan solution for gun safety policy.

"A safe storage law may be the kind of thing that could draw bipartisan compromise that could get support of a lot of common-sense gun owners because it's not about taking anybody's weapons away. It's just about saying, if you're going to own the weapon, store it safely," he said.

Earlier Sunday, Michigan Democratic Rep. Dan Kildee told CNN's Boris Sanchez that he's spoken with President Joe Biden about the need for action on gun control and implored his colleagues in the Senate to take action.

"The real question is not where the White House stands, not where the House of Representatives stands, but whether we're going to continue to allow a handful of senators to stand in the way of preventing further violence," he said. "So far, they haven't been moved."