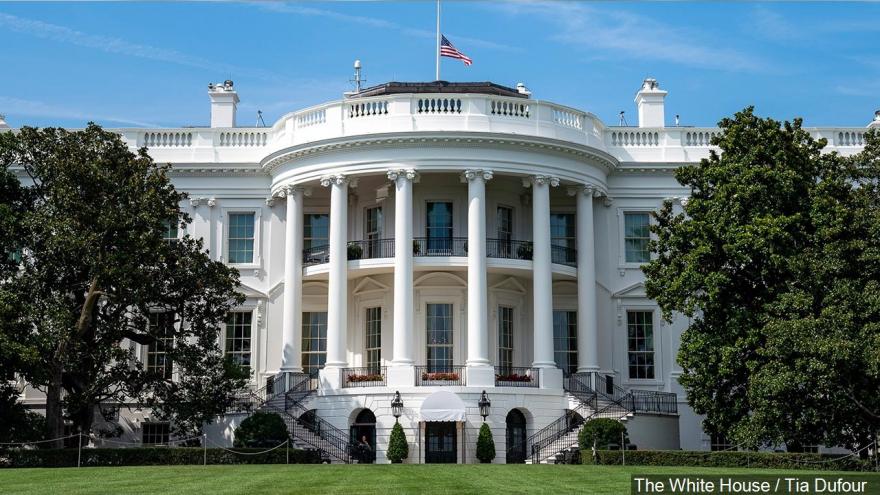 "There is no question of course that this trade agreement is much better than NAFTA," Pelosi said at a news conference.

If ratified, the trade deal would represent Trump's primary legislative success since Democrats took control of the House of Representatives last November. The pact is also viewed as essential by a number of Democratic freshmen from more conservative districts, who not only support the deal on its substance but also believe a bipartisan achievement will play well on the campaign trail.

Asked why Democrats would hand Trump a victory on a major legislative priority even as the House proceeds with articles of impeachment, Pelosi said: "We're declaring victory for the American worker and what is in this agreement."

Ways and Means Committee Chairman Richard Neal said completion of the deal came after a round of intense discussions and phone calls between key parties over the weekend.

Neal told CNN after the announcement the tentative plan is to hold a full vote on the deal next week, taking the deal straight to the floor without holding a markup hearing on it.

"We don't expect any hurdles," he said.

A nine-member working group of House Democrats had met for months with US Trade Representative Robert Lighthizer behind closed doors to seek changes related to pharmaceuticals, environmental and labor protections, and enforcement provisions in the deal. Neal praised Lighthizer on Tuesday, saying he was "entirely honorable with the way that he dealt with us."

Neal said the negotiations with the administration often got heated, joking that he believes he and Lighthizer set a world record for how many times they hung up the phone on each other.

The new version of the deal between the US, Mexico and Canada will get rid of controversial protections for biologic drugs entirely, a decision certain to receive criticism from a number of congressional Republicans who have long supported including exclusivity provisions for pharmaceutical companies in trade deals. Democrats opposed enshrining the protections in the agreement because they wanted Congress to be able to legislate on drug pricing issues without being bound by the trade agreement.

Most GOP lawmakers are unlikely to side against Trump on the deal, although the agreement is far from the free trade orthodoxy the party had embraced prior to the President's election.

The new version of US-Mexico-Canada trade agreement would also involve monitoring provisions, including the establishment of an interagency committee to monitor Mexican labor reform efforts and a set of benchmarks for Mexico to meet in implementing the reforms.

"This no longer NAFTA lite," said Rep. Jimmy Gomez, who was involved in the talks. "This is a new trade agreement that the working group and the Democrats have achieved in consultation, of course, with our partners."

The announcement came after AFL-CIO President Richard Trumka endorsed the deal in a statement on Monday. Democrats had sought approval from organized labor, a key constituency for many in the caucus, before moving ahead.

"This is long overdue but very welcome news," Senate Finance Committee Chair Chuck Grassley said in a statement. "I'm glad a deal has finally been reached. I look forward to reviewing the specific language soon and expect committee members will be briefed in person by USTR this week."